Tungsten and Renn are chums most of the time, as I’ve noted previously in this blog. Sometimes, they can be found lying next to each other in the armchair in the sitting room. Other times, the orange one is on my lap on the couch, while the big boy is lying against me. Renn especially likes to have the Tiny Terror next to him. Then again, I will find them in positions that they won’t tolerate from other cats. Look at these pictures. Do you think they are conspiring over something? Chatting about the day? Or just resting together, and enjoying the sunshine? Probably the last: two cats being chums. 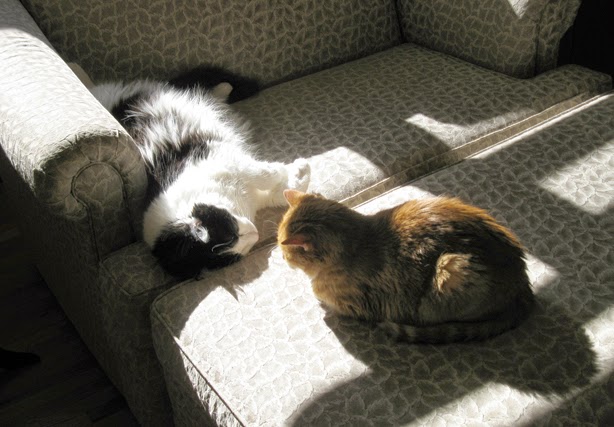 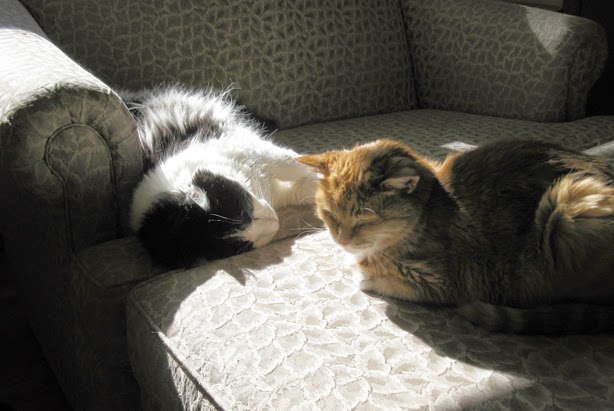 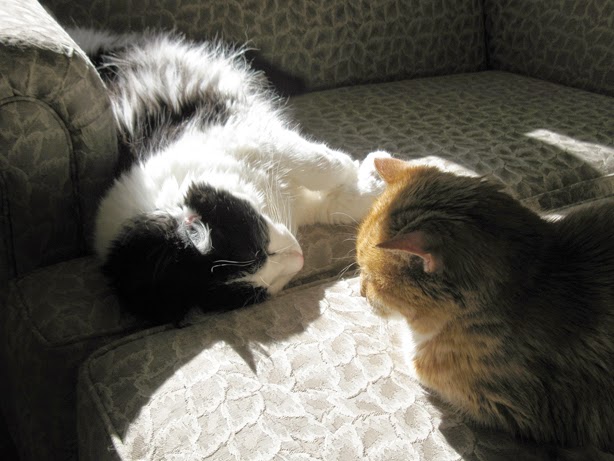 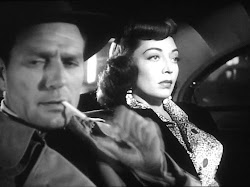