How Cammie Was Welcomed Back

Cats are funny creatures. Their reactions will sometimes surprise a person. I can usually determine how much each of my perma-cats will take a dislike to any new feline coming into the household. Renn generally tries to make friends – or at least get to know – the latest arrival, while Josie will live and let live. Tungsten will want the new cat to remain at a distance, and Tucker may have emotional issues, stop pooping, wet where he shouldn’t and generally have a minor breakdown. He is, however, getting better – much better, if Kola’s advent is anything to go by.
I didn’t know what to expect from Cammie’s return. For the most part, the one affected most seems to be Cammie herself. The others have treated her six weeks’ absence as merely an extended period in which she spent time in another room, or perhaps at the veterinary hospital. Here are illustrations of what I mean.
Tungsten, though she hisses like a man trying to whistle with a mouth full of mashed potatoes whenever Cammie walks by too closely, attended her return with a great deal of apathy, manifested in unconsciousness. 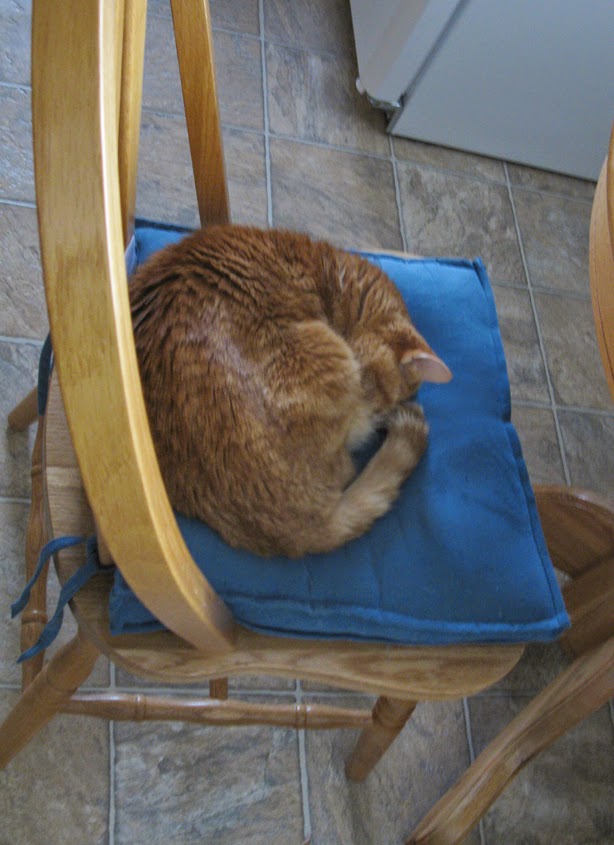 Josie observed the whole event from one of her favourite spots, and cared almost as little as the orange one. 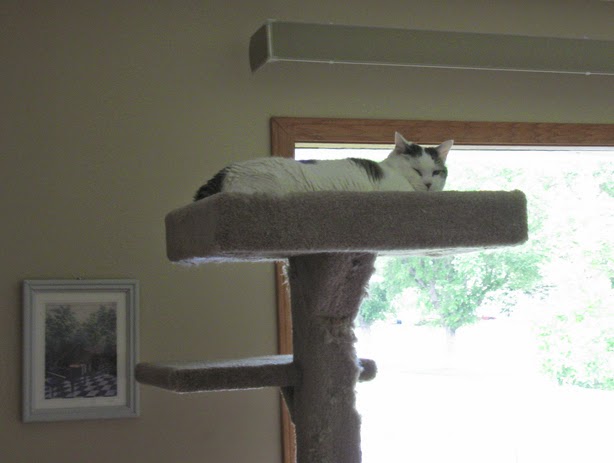 Tucker, remarkably, watched but barely acknowledged Cammie’s re-appearance. Indeed, he was quite calm about the unfolding drama. 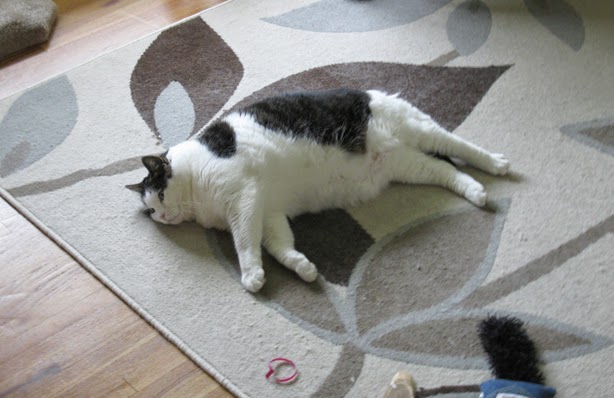 And Renn, true to form, wanted to sniff the Siamese Princess and welcome her home in a genuine and warm feline manner. He was as close as Cammie came to having a friend, and I would not be surprised if he wants to pick up where they left off. He’s a nice fellow, after all. 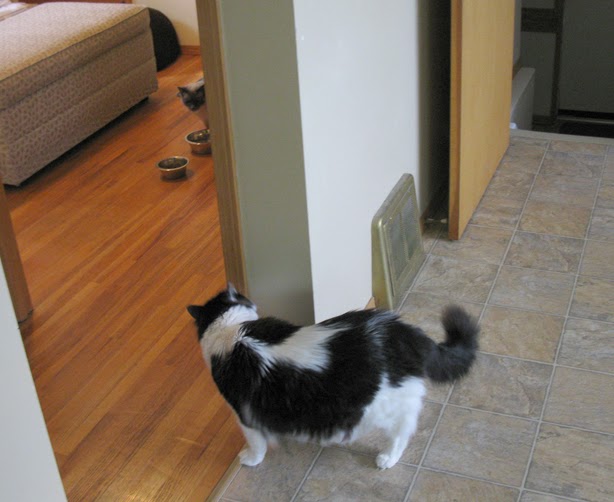 I am glad that Cammie did not upset the perma-cats too greatly, especially since Kola’s presence disrupted the household routine already, but, thankfully, not to as great an extent as cats have in the past, probably because he’s such an easy-going boy. But then, as I wrote above, none of my regulars seemed to have thought Cammie's prolonged invisibility to be anything extraordinary. If only she could tell them…