A Word About Kola

Though Tungsten’s loss is very fresh in my household, there is another loss that is not nearly so tragic. The loss of Kola is all mine, since he is currently residing elsewhere and, hopefully for him, it will be a permanent home. The signs are good, and I thought I’d write a short update on the Floof King, as some readers were wondering about him.

A representative of the rescue-group (the Lethbridge PAW Society) which sponsored Kola spoke with the lady who adopted him. He had a good trip back to his new home, and seems untroubled by the little dog who lives there. In fact, he’s taken over his new canine sibling’s bed, as you can see from the photograph below. He also has eaten next to the dog, and not been bothered by him. I was told that it is plain his new people care for him very much.

I will be calling his new people in a week or two; I write the PAW Society’s monthly newsletter, and include an article on each adoption when it takes place. I will publish an account of Kola’s progress at that time. It will likely be the last detailed message about my former foster-cat. I know I wouldn’t want an erstwhile caregiver looking over my shoulder all the time if I adopted a cat. If this works out, it will be Kola’s new life, and the old one will be left behind. That is how it should be.

For now, we can enjoy this picture of Kola in his new surroundings. And ignore the slightly disdainful expression; if you look at pictures of him from my blog, you’ll note that that face is pretty much how he is when at rest. 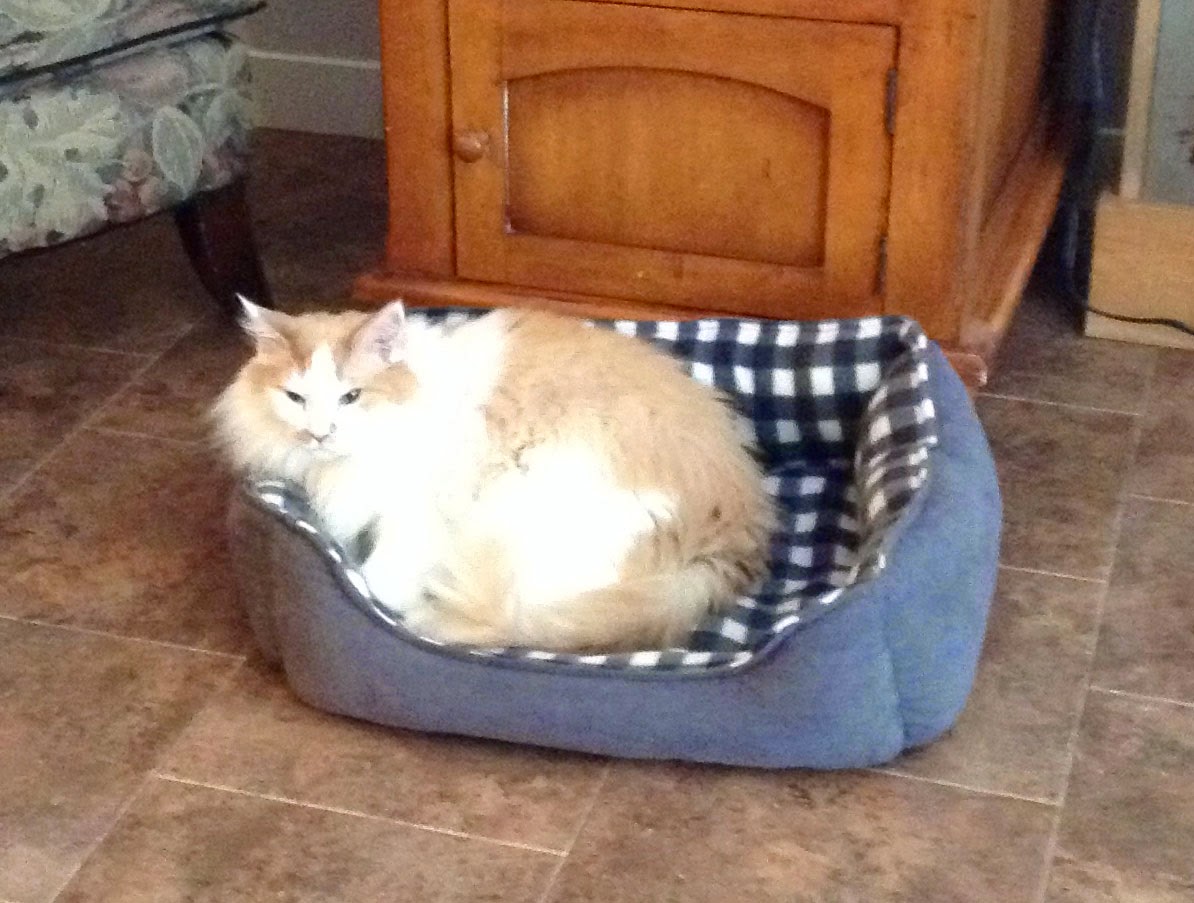