Conversations with My Cats

I like talking to my cats. Something that Deb wrote in her blog Just Cats, and my response to it, has caused me to think about the verbal interaction I have with my pets. Deb wrote that she loves to converse with her cats. I can certainly sympathise with her. However, I hadn’t give much thought until now as to why talking to animals may actually be beneficial to the relationship between them and humans. 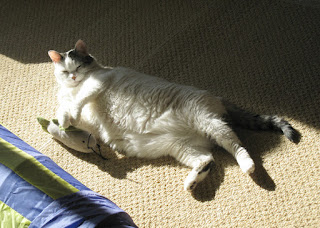 Cats are among the more advanced animals; intelligent and capable of learning quickly, they can acquire the knowledge of a great many human-language words. To select just a few my lot knows, I can cite “dinner” and “snack”, “bath” and the phrase “what do you see?” But actual words probably form the least important component of the value in talking to your pets. 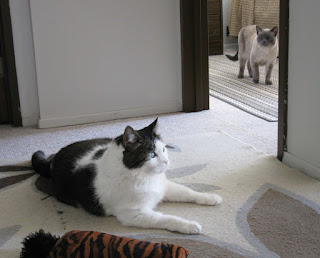 When I was trying to accustom Cammie to living in her new home (it was meant to be a foster-home at the time; I’ll give you a moment to roll your eyes),  I would talk to her whenever I went into the room in which she was then sequestered. I didn’t initially try otherwise to interact with her. But she grew to know my voice. It became familiar to her, it went with my presence, it demonstrated that I was there and that I acknowledged that she was, as well. Speaking to Cammie let her know that she meant something to me, though she may not have known exactly what. 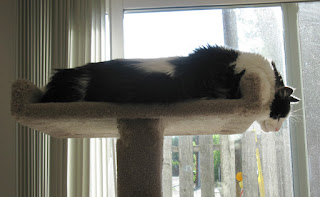 This leads to another aspect of conversing with my cats. It conveys mood. Cats, like dogs, likely derive much more understanding of their humans from the latter’s moods than from their words. Sensitive creatures, they can tell what a person is feeling; egocentric creatures, they are usually concerned with how those feelings affect them. They undoubtedly use a person’s voice as a tool for comprehension. My cats can certainly determine when I am pleased or tired, vexed or amused; watching their reactions to how I say their names at different times, using different tones, confirms this. 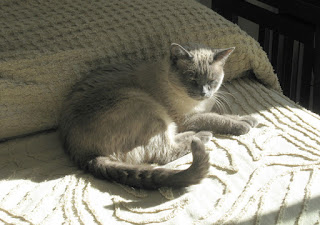 Musing upon this led me to wonder if there is real value in the ‘baby-talk’ that many use with their pets, ‘baby-talk’ that most people think is ridiculous - and that most people use more often than they admit. It is a speech pattern that is exaggerated. Like all exaggeration used at the appropriate time and place (satire and caricature come to mind), it can make a point or teach a lesson, possibly more clearly than other means. I was once told that cats have the mental capacity of toddlers, though I suspect that this is an under-estimation of feline intellect. Even so, this suggests that speaking to a cat in this manner does the same thing as speaking this way to a child: it translates complex meanings into a simpler, perhaps more fun language. I myself would never do this, however. I hope you know that.

So what does all this mean? It means that conversing with cats is not just comforting to a human, but is advantageous to the greater harmony and understanding between that human and his feline friends. Besides, I like talking to my cats. 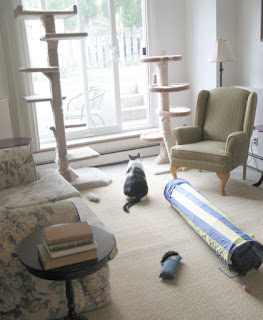