I have two sets of drinking glasses, one tall and one stout. Each comprised four glasses. Each now comprise two. I like glass, rather than plastic, but glass breaks, especially when it is dropped on a hard floor.

I observed this occurrence a few days ago when, drying the dishes after washing them, one of the stout glasses slipped out of my hands. I nearly had it a couple more times before it finally evaded my grasp. One realises that one’s primary concern is for one’s pets when one yells at them to get back even before one resorts to cursing and swearing. 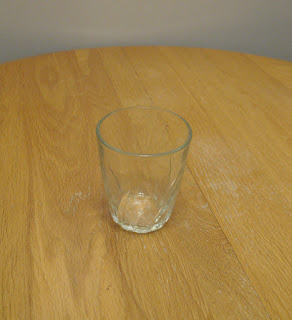 Renn was nearest, and he was easily chased away from the danger zone. Josie was up a cat tree anyway, and stayed there, while Tucker ran for the bedroom, no doubt to warn all and sundry that the sky was falling. Cammie did what she usually does when she hears a loud noise or commotion: runs toward it to see what’s going on and possibly to give those involved a piece of her mind. She did not like being driven back to the bedroom.

With the beasts locked away or in hiding, I could clean up the mess. I have never seen a single glass, and a small one at that, shatter into so many fragments. There must have been thousands. It looked like the aftermath of a crystal hailstorm. I swept and vacuumed, vacuumed and swept. After an hour, I had gathered everything I could then see, and let the cats out again.

I am still finding the odd piece, sometimes right in the open. That’s frightening; my first concern is the cats’ feet, of course, but with each regular cleaning, I collect more remnants that were missed by earlier efforts. It is a bother, and all because of a half-second’s slip. But at least no one was hurt. Did I learn a lesson? Yes: for now, I am drying the dishes over a counter, where they have less distance to fall. How long that lasts until I forget or grow lazy is anyone’s guess. But I suspect there may be more breakages in the future because I am, as one book described certain people, someone who prefers a glass salt-shaker that doesn’t work to a plastic one that does.

No, that’s not an oblique reference to you, Renn. 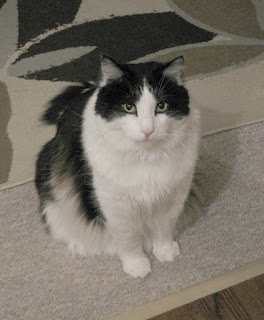