Jessel's Not the Only Wildlife

Every year on my holidays, it seems, I observe quite close some wildlife casually moving about the streets of the city. Usually, it is while I am riding my bicycle early in the morning. I was riding last Thursday, about eight o’clock, just off one of the busier streets in my town, and saw this lady on a front lawn. She seemed quite unconcerned at my presence, and walked across the street. 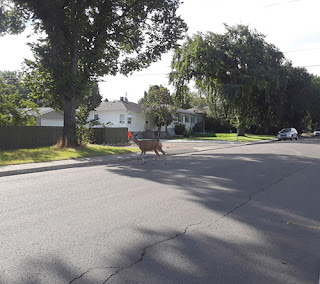 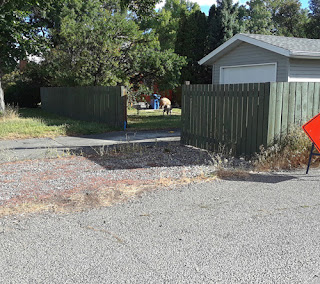 In a back garden, she joined her two children, where they were browsing for breakfast. They are, I think mule deer, to judge from their large ears and the thin, small tail, unlike the big ‘flag’ of the white-tailed deer. 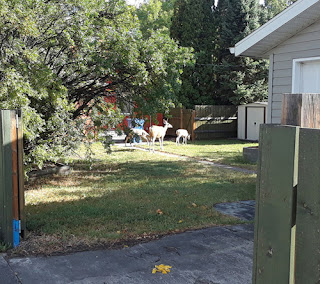 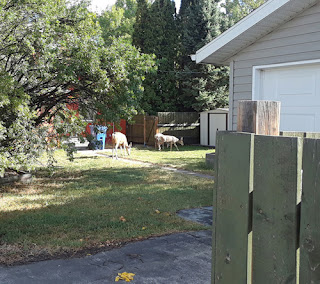 I was surprised at how close the mother allowed me to come. I was no more than twenty feet away when I took the final photograph in the series. I would have ventured closer, even offered her a branch of green leaves, but understood she was not a horse in a paddock; she was wild, and might decide suddenly that I was a danger and kill me with a single blow of a hoof, for all I knew. 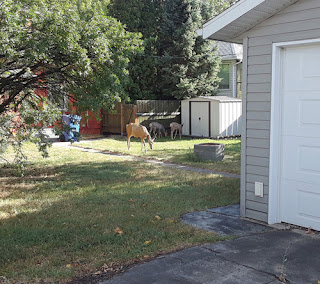 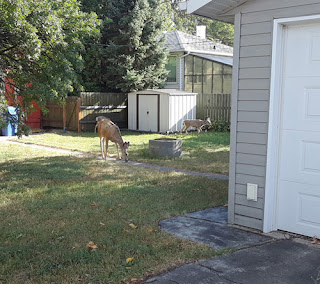 Nonetheless, she was quite nonchalant, rather like a cat who, thought initially to be feral, turns out merely to be a shy stray, amenable to human companionship, like Jessel. Hmm, I wonder if I could sneak a deer family into the Cosy Apartment, just over the winter… 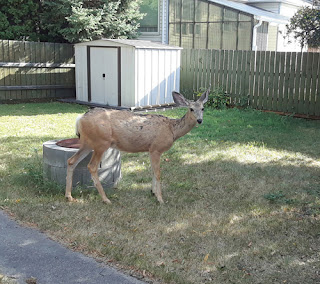