As I have written before, relationships among cats fascinates me. With the exception of Tungsten and Renn, years ago, none of mine has become a friend with another. They have, however, reached accommodations, and settled down to a peaceful co-existence. This, as I long ago determined, is good enough; many readers of this blog agree.

It’s good to see the newest cat and the most resistant veteran reach that stage. Tucker dislikes most new cats on principle - the principle being that he does not intend to surrender his position as second-lowest in the hierarchy to any newcomer. Thus, he will growl and hiss and swat at a newcomer for longer than any other of my beasts does, if any other does. The newest in question this time is Neville. 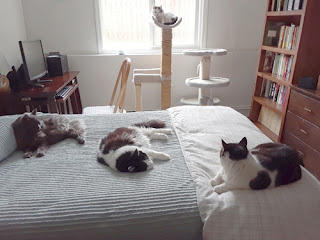 The Nevsky has been coming into the bedroom and lying on the bed for some time now. Jumping up, he’ll never know for certain what, or who, he will find. When he finds one of the others, he will usually remain, albeit cautiously. The breakthrough came when Tucker started coming up onto the bed knowing that Neville was already there. Instances of seeing him with Nev and others on the bed are common now. 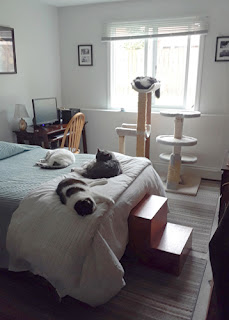 What was unusual this past week was seeing three of them in this position. Neville appears the most relaxed, which is odd, because he will still rush by Tucker if the latter is lying near a doorway, or seeming to be guarding passage from one space to another. He hurries by the roly poly with an ‘errr…errr’ sound, as if expecting trouble. But these days, Tucker rarely tries to whap him. 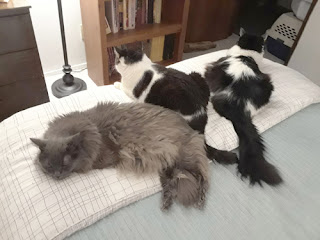 On the bed, the roles are reversed. Neville is more at ease, and Tucker rather uncomfortable. Renn, too, is ill at ease here, as may be seen. He normally doesn’t mind another cat touching him while he snoozes, but that cat is usually Josie. Here, the three backsides are almost in contact, and everyone is remaining in place. I was pleased to see them stay like this for about twenty minutes. If the Nevsky was the only one who actually rested, the other two at least did not hurry off, or even move away. 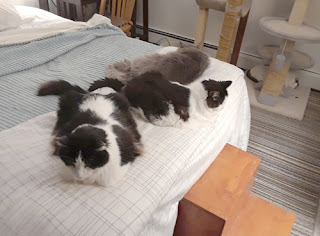 There are still scraps and rows, but nothing serious. Everyone has accustomed himself to the new norm. The Cosy Apartment is tranquil. Maybe it’s time to bring in a new cat… 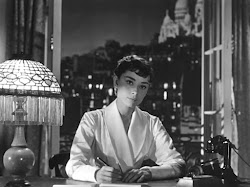