I had noted previously that Neville eats while lying down. Another characteristic of his dining is his talking. About two thirds of his meals are narrated by what sounds like a running commentary on the food, the service, the company, whatever strikes his fancy. The monologue is in the form of a low, throaty rumble, the sort that can continue even as he eats.

The other beasts noticed this mumbling right away, and I think it disturbed their repasts a bit. Now, however, they ignore it; Nevsky has fit in that much. Well, if he wants to talk while he eats, I won’t stop him. I just wish he’d speak up, so I can understand him. 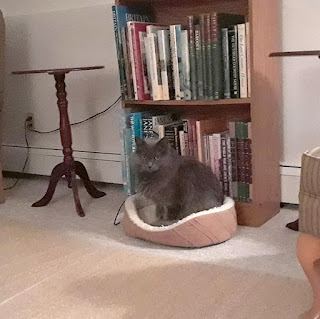