My cats are indoors-only, though one (ie. Parker) was allowed outside on a harness and leash. But I let a couple roam the corridors of our apartment building, under my strict supervision. Also, while I know that, if it came to it, even the oldest could out-distance me swiftly, I also know my cats and their characters. I wouldn’t trust Neville outside the apartment, but two others are given the privilege.

Renn is not an adventurous fellow though, being of a scientific bent, he is curious, and wants to explore, even if his nerve fails him when given the opportunity.

Josie will go a little farther. She will walk more or less confidently down the corridors and climb stairs. She likes looking out the glass doors at each end of the building. If I hear a door opening anywhere, or someone talking, I am on my Chubs quickly. I don’t think that she will pull a fast one, but I don’t want to give her the chance. 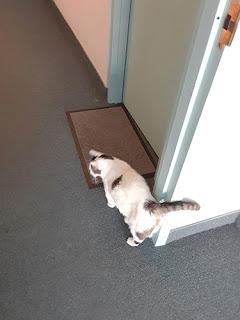 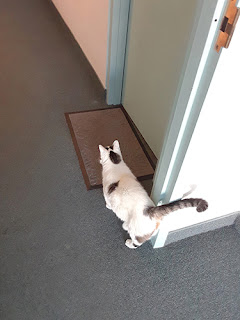 The Great White was on a leash some years ago, but it didn’t appeal to her. I may try it again, to see if her attitude toward it has changed. Until then, she may be permitted the odd ramble inside the building. She never had much desire to widen her horizons, but most people change as they age. My old lady is, apparently, no different. 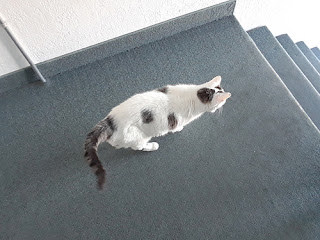 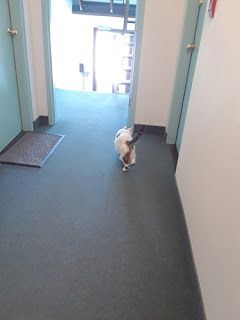 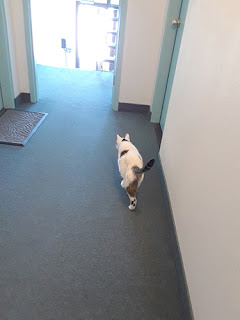 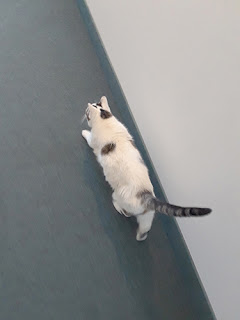