I was reading some of my original entries regarding Raleigh, and how he came to be in the Cosy Apartment. Early on, I wrote about preparing Peachy for adoption, but somewhere along the way, the idea was discarded. He just sort of ended up staying, like the family guest in a Russian novel. By the time it was obvious that he would remain, it had also became obvious that for him to go to another home, unless it was necessary, would be a bad thing. He is so very timid, and distrusting, that it would take a very long time for him to grow accustomed to his new environment. It was a year or more before he started coming to me for petting, and even now he is quite jumpy. Add to that year the possible effect of being moved and a good portion of the remainder of his life could be spent in merely getting used to new surroundings.

Raleigh’s case illustrates how some cats end up staying in their foster-homes. Most, I imagine, are conscious decisions. Of my current beasts, Josie was an straightforward adoption, after a trial period, but Renn and Tucker were foster-cats I simply decided to keep. I liked them, and they seemed to like living with me, so the decision was an easy one. But each of these three would adapt in a reasonable amount of time to a new home. My Chubs and my big boy would, I think, suffer little from the transition, and Tucker, after a respectable mourning period, would reconcile himself to a different human, I’m sure.

Such a shift in the world would be much more difficult for Cammie. It is not just her blindness. She took an extraordinarily long time to trust me; her sightlessness has, of course, accentuated this characteristic. Hers is a third type of foster-failure: in addition to the ‘evolutionary’ adoption, such as Raleigh’s, and the decision based on mutual affection, as was the case with my others, I made a determination that Cammie would stay, not entirely based on affection but on what I considered was best for her. To be honest, I was more than a little apprehensive at keeping her, and having to deal with a cat who seemed ready to claw and bite at any sign of coercion (such as going to a veterinary or taking medicine.) But we have overcome that (really, I don’t think she was ever much of a danger), and like many arranged relationships, I would now make the decision based on my feelings toward her.

Though there may be a limited number of ways a cat comes to be a part of a family, the details are as varied as cats are themselves. Each one comes to a home for a different reason, and it may not be the reason why the cat is still in the home years later. But then, that is the nature of relationships: they change and evolve. The only thing that doesn’t change, for those of us who are cat-people, is our basic affection for our feline families. 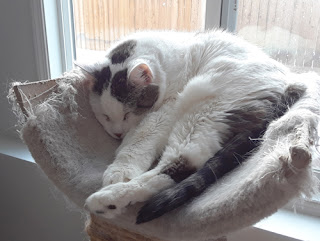 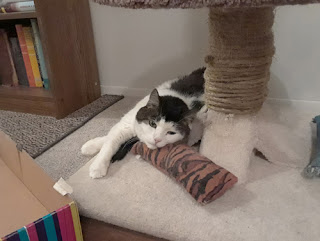 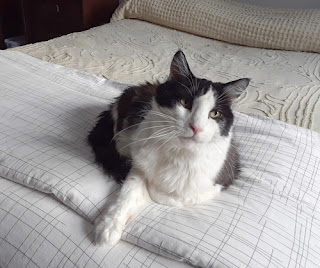 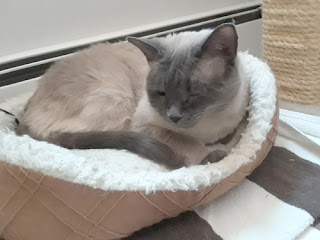 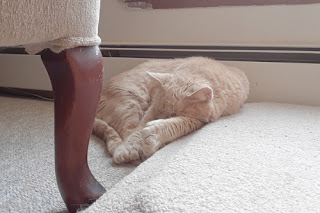 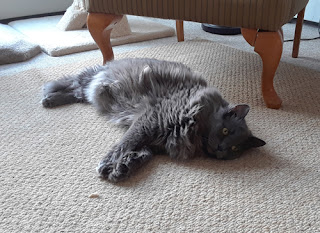