Sometimes cats are weird. An animal’s senses are sharper than a human’s, and therefore it can pick up stimuli that a person cannot. I understand that, but it doesn’t make it less strange when a cat suddenly and inexplicably - at least to me - stares at a blank wall. It can be downright eerie. One day last week, the four perma-cats gathered at the tall cat-tree and started casting about, watching, or trying to watch...something? Even Tungsten, usually indifferent to almost everything, joined the group. 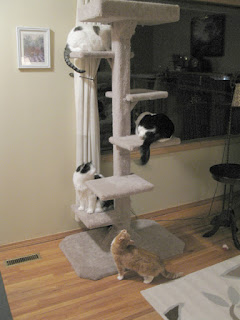 Was it a whistle that I could not hear (or is that dogs?)? Was it an insect that had gotten into the house on that autumn night? Was the house ‘settling’? Or was it a homicidal ghost and my trusted and most affectionate pets were collecting to tell it that there was a perfectly good human to kill, so why bother with cats?

In any case, the visitation did not last long and the felines went their separate ways. When it comes to gathering at cat-trees, this is the way I prefer to see them. 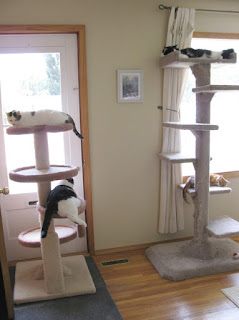 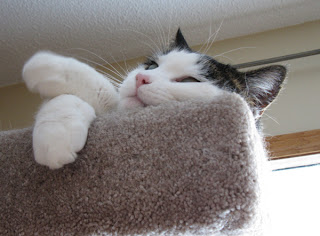 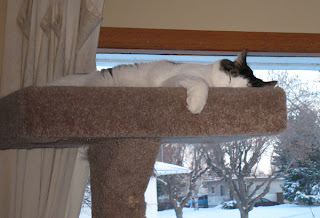 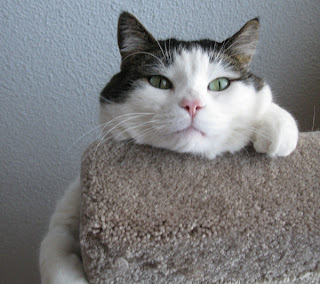 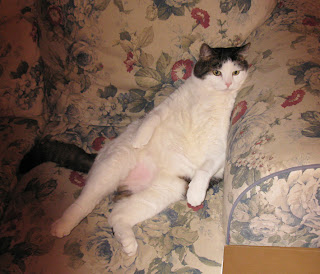 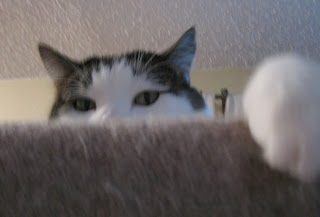 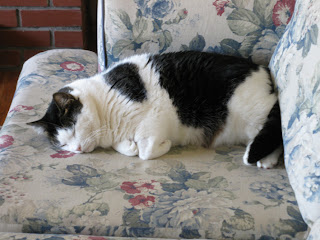 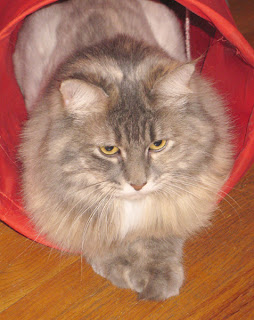 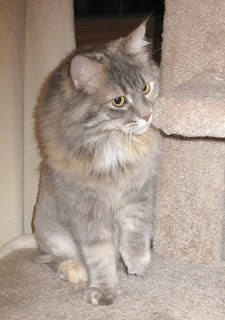 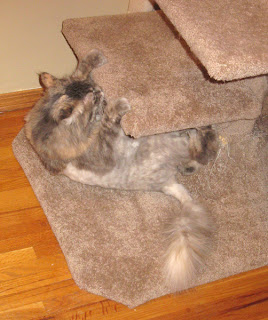