One finds the strangest things when one lives with cats. For instance, just today, I was walking into the sitting room and I spied a couple of paws. They were lying quite unconcerned, protruding from a nylon tunnel. I have become used to seeing paws; there are, after all, sixteen of them in this apartment alone. But I don’t usually see them lying about like this. I decided to investigate further. 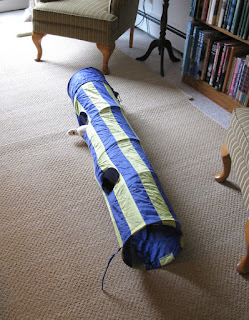 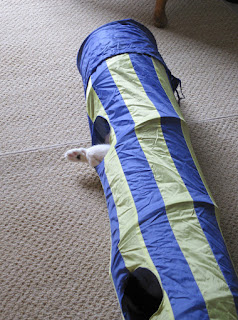 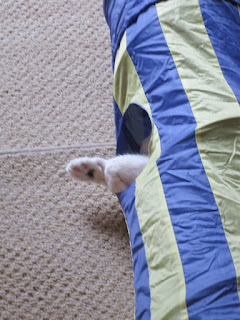 Coming closer, I was able to see the cause of this mystery. There was a roly poly sausage of a cat, slumbering away inside the tunnel. I shouldn’t have been surprised. Along with paws, I find these cats scattered about the place, too. 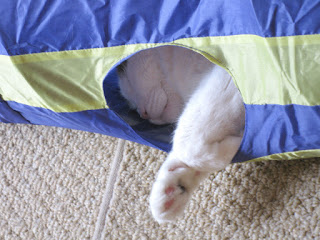 Next, I will try to solve the puzzle of the origin of the cat-hair I see all over the apartment…
Posted by John Bellen at 10:53 PM 10 comments:

What about the cats? People reading this blog are probably thinking that the previous entry was the second time I have had a non-cat article in the nearly six years of writing the blog. No more of the human’s endless ego, the conceit of eternal self-adulation. What about the cats?!

As it turns out, they continue to be interesting despite me being at home most of the time. Take, for instance, last evening’s episode featuring Josie and Renn. They have traded blows a few times when both have been on the cat-trees in the bedroom. One would think there is plenty of room for two cats. There are, after all, two cat-trees, and a relatively large window out of which to gaze. 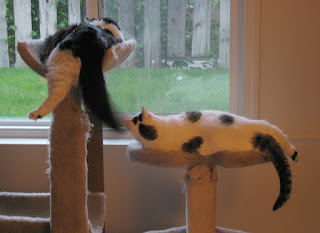 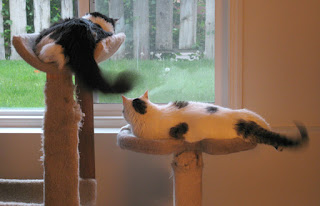 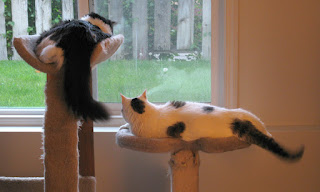 But you may notice one of the causes for the friction. Both were stimulated by something they saw outside. This led to twitching, swinging tails. My Chubs especially took offence to Renn’s appendage. The time between the cause and the effect was lengthy enough for me to leave the scene, hoping that there would be no altercation. But shortly after I left came the sound of rapid whapping. It was over by the time I returned, and the two had settled down to armed neutrality again.

But, lest one think that the Great White and my big boy dislike each other, I offer this image, taken this afternoon. The pair cannot be considered to be friends, but sometimes, they are friendly. Or not unfriendly. And that is as touching a tale as sometimes can be told. 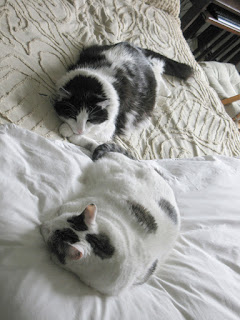 I’m sailing down the summer wind.
I’ve got whiskers on my chin,
And I like the mood I’m in.
As I while away
The time of day
In the lee of Christian Island.

I am on holiday. Astonishingly, though the days are moving more quickly than they do when I am at work, they contain more time for the important things in my life. These may not seem important, but they are. I read, I ride my bicycle (to nowhere in particular), I listen to music, I write, and spend time with the cats. This is a self-indulgent season of my year and, selfish fellow that I am, I make no apology for it.

Though I go nowhere, I nonetheless spend these weeks in the lee of my own Christian Island. 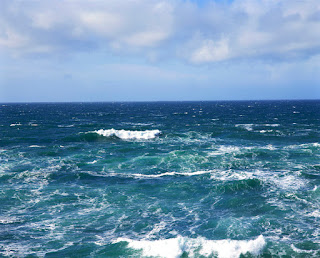