Her Youth is Just a Bad Memory


Josie was found in the engine of a truck. She isn’t the only cat of whom I’ve heard such a story. I suspect that a number of them climb into automobile engines for the warmth they feel there. It’s probably how some homeless cats come to be found in parking lots. My Chubs was a kitten then. I adopted her when she was an adult in 2008. 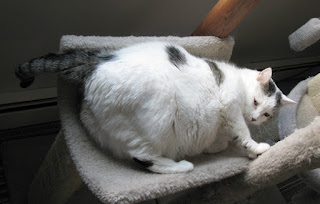 The interesting thing is that for many years, I thought that Josie had been born in 2003, and have been calculating her age accordingly. Recently, I put some of my computer files on disc in order to preserve them and came across Josie’s vital statistics from when she was adopted. Her birthday was estimated to be in 2004, not in 2003. She was born at mid-year; since she was a kitten when discovered, it would have been clear that she was not very old, and the rescuers certainly knew what the year was. I must have been aware of the correct year of Josie’s birth originally, but at some point, it became 2003 in my mind. 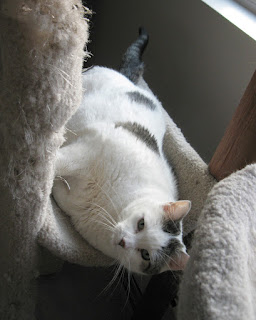 So the Great White is actually twelve and a half years old, not thirteen and a half. She remains my senior cat and, in spite of this, in good health. And Josie has demonstrated that, while age is just a number, youth is just a bad memory – mine, in this case.
Posted by John Bellen at 11:27 PM