In September, 2018, I wrote an entry in this blog entitled “The Crowded House”. It was just after Raleigh had come to stay. Neville was not with me yet, but Parker was, still. I had six cats living with me, and the cosy apartment felt crowded indeed. Parker has gone, his place taken by the Nev. Raleigh and Cammie are no longer here.

Despite still having four cats, the apartment seems almost deserted. A third of my roommates have departed. There is space where they were. Not only that, but the two who are gone were the high-maintenance cats of the household. I would gladly have all my concerns and efforts over them back, if they came with them. But they won’t come back, and the fact that I have less to do accentuates the feeling of emptiness.

The remaining four each has his own demands. Each has his idiosyncrasies and individualities, thank goodness, and all together they fill my time. But they don’t fill it quite as densely as it was once filled. There is less stress, less work. Something is missing.

I will grow accustomed to this new situation, and it will become normal. If a fifth cat comes along, the apartment will seem too populous again, and I will complain, as I am complaining at its voids now. However many cats I have, though, they will never fill the apartment completely. When a cat leaves, his space stays unfilled, forever. For me, there will always be corners of my home that will be empty. 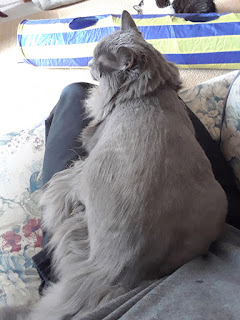 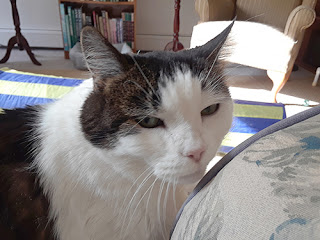 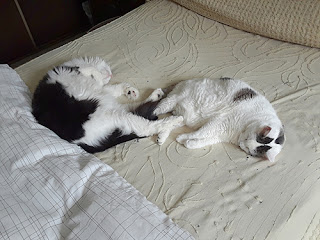