One of the first stories on this blog was about how cats will change their habits, suddenly. This remains a fact, and one that still amuses and mystifies me. A case in point is Tungsten’s recent activity. 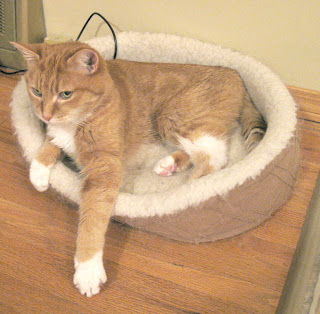 My orange one has always been expressive, but not in the ways that many other cats are. Tucker will come up to me and bump his head against my ankle to show me that he likes me. Tungsten will not give me a head-bump except when she is on my shoulders. Then she will turn her head and push it against my face. That’s her idea of a head-bump.

Renn, on the other hand, is a great one for kneading. He will approach me while I am sitting and, placing his front paws in the region of my kidney, start to push inward, first with one foot, then with the other, purring all the while. In this manner, I assume, he demonstrates both that he likes me and is enjoying his current situation. 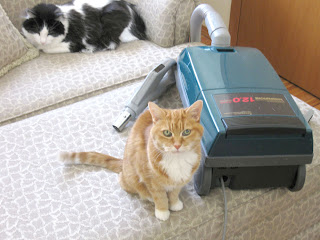 Tungsten has never kneaded. Once in a rare while, I had noted her pawing the air in happiness. That was it. Then, a couple of months ago, the tiny terror came to bed soon after I had settled in for the night. She always curls up in my hand and falls asleep in that position. This night, she first put her forefeet on my upper arm and started kneading. 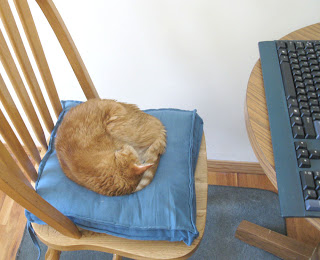 She weighs only a bit more than five pounds, but when most of it is on a pair of narrow legs, and the legs are pushing into the side of a bicep, it can exert some uncomfortable pressure. She started doing exactly this. She continued it for some minutes. I tried to point her in another direction, preparatory to lying down, but she would not have it. For ten or fifteen minutes, Tungsten kneaded my arm. I certainly couldn’t sleep while this was going on. At last, she allowed me to coax her into a prone position and we both drifted off to sleep. This activity has become a routine every night. The orange one purrs the whole time she is kneading. Clearly, she is happy, both the demonstration and the actual sensation of which I am reluctant to discourage. So she pummels my upper arm each night upon retiring. 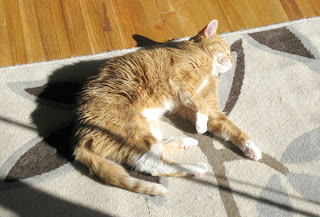 Why did she start doing this? Did she decide one night to show me that she was a happy little cat and then think that the same moment each night was opportune for the display? What put the thought into her head? Will it stop as abruptly as it began? If so, why?

I learn more about my cats and about cats in general each day. The beasts with which I live are multi-dimensional creatures, sometimes deep and impenetrable in their motives, other times (usually when food is involved) as transparent as the finest glass. The alteration in Tungsten’s noctural habits falls squarely into the former category.

But I don’t need to understand my cats to be glad that they are happy. The orange one purrs while she kneads and kneads while she purrs. If this change pleases her, then it pleases me. After all, she doesn’t keep it up all night, and we both fall asleep, eventually. 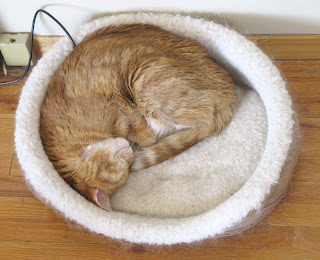