I think that phrase was first uttered by a caveman, lamenting the new-fangled man-made fire; why, in his days, they used ‘real’ fire, the kind that lightning had to start…

Well, the complaint has proved one of humanity’s most durable. Certainly, the invention of plastics lent it increased validity. Many products these days are cheaply-made, with cheap parts, none of which last long.

It may come as a surprise that the 1980s seemed to have devised some items, appliances in particular, that have stood the test of time, at least here in the cosy apartment. At the risk of jinxing these machines, allow me to introduce my veterans.

I have just recently had to have my vacuum-cleaner’s ‘power-head’ repaired. It required a new motor, a tune-up (I didn’t know vacuum-cleaners could receive tune-ups) and a good cleaning. This is the first time I’ve had to have it seen to in the thirty-five years or so that I, and my parents before me, have owned it. The repairs cost $154. I believe that, here in Canada, new vacuum-cleaners cost anywhere from just a little more than that price to three or four times that. But I will not discard something that still serves its original purpose well, just because it needs some maintenance, and so it remains in my employ. 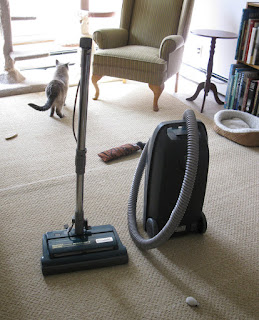 Then there is the apartment-sized deep-freeze unit. This fellow is about the same age as the vacuum-cleaner, though it may be a few years younger. It is a god-send for those of us who like to buy in volume, or who make some of our own meals, freezing the prepared portions for quick, later use. The mechanism that keeps the door up and open is broken, but all else works well. 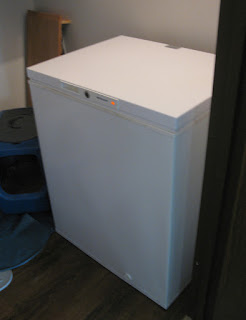 Then, the captain of the team: my micro-wave oven. Weighing more than a Volkswagen Beetle, and built to withstand the blast of a bomb, it was born in the late 1970s. It takes up enough room for two or three ‘modern’ micro-wave ovens and probably throws off more radiation than Chernobyl, but it still performs yeoman service. I use it to warm up the cats’ soft-food and periodically to thaw frozen articles for my own consumption, so it seemed pointless to replace it with a slimmer model. It has followed me through four moves of residence – no doubt much to the consternation of the movers – and will stay with me until one of us dies. I may actually go first. 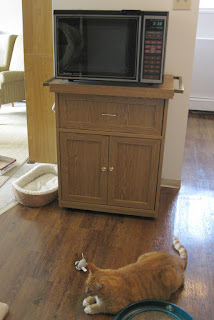 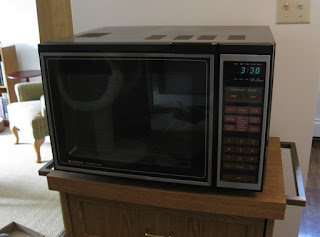 And so, while I do not collect antiques, it seems that at least a few have clung to me, for protection and use. They continue to do what I ask of them. When an appliance fulfills its purpose without fuss or undue cost, why replace it? Besides, would I be obtaining anything better? After all, they don’t make things like they used to.
Posted by John Bellen at 11:20 AM