The View from the Walls of Troy


The ants in my apartment do not constitute a menace. They are not fleas or bedbugs or plague bacilli. They are not a great danger to my health or welfare. But they are annoying, especially as they are mostly winged ants starting off to found new colonies. Last year, I tried ant-traps and they were ineffective. I then relied mainly on orange oil as a deterrent, and this was only moderately successful. This year’s weapon was vinegar, which was more feared by the insects. Even so, there were a couple of days at the height of the offensive when numerous male and female winged ants were at the screen door seeking the wide outdoors. But the vinegar bombs I made, and the liquid I sprayed, seemed to help.

Next time, I plan to use the Terro ant-killer that several people have recommended. Its liquid form, the most effective, is not sold in Canada. I have about ten months to find a bottle before 2018’s war commences.

However, this year’s conflict seems to have reached its end. A few days ago, I looked to see what new battle I would have to fight with the intruders along my exterior wall, and I saw none. Observation on the next day and the one after that had similar results, though a few scattered ants were seen. None of their winged comrades were present. Today, again, I have found no ants. Since the assault seems to coincide only with colonisation season, I think that must be over, and an armistice has been concluded.

After weeks of seeing the ants every day, I felt like the Trojans looking out from the top of their city’s walls at the besieging Greeks, for a decade repelling attacks, repairing breaches and rushing reinforcements to where the latest storm was being attempted. Then, one morning, dawn showed all the enemy gone. The fields so lately contested are empty. I have won.

And to demonstrate their respect, my foe has left me a giant wooden ant. How very chivalrous of them. 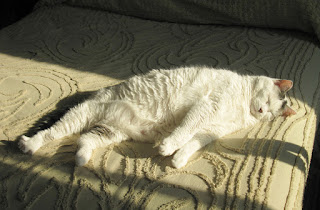