The problem with owning one’s own house is that when something goes wrong with it, it is up to one to deal with it. That almost always means spending money.

The drain from my bathroom was plugged a few weeks ago. I won’t go into details, but the solution involved the removal of the toilet and the scouring of the pipes with an auger. First, it was put in through the hole where the toilet had been. The auger was diverted by the pipe from the tub. Then it was thrust down a pipe from the roof. I didn’t know a bathroom could be plumbed from the roof. It didn’t work, anyway, since the auger came up through the toilet’s drain. Finally, it was put upwards through the blocked drain. That worked, after two and a half hours and too much money. 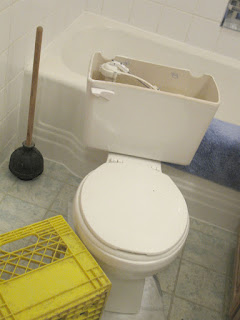 The cats were frightened. I put them in the bedroom, but the noise of the auger was so great that they must have thought the world was ending. I checked in on them from time to time. What surprised me the most was their reaction after the plumber had departed. 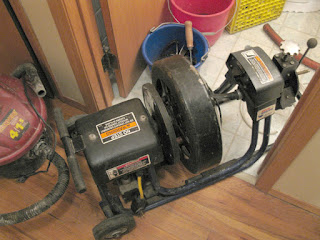 After a preparatory sniff, they were assured by me that we were once again alone and hurried out of their haven. They were moving so fast that I had a hard time capturing them with the camera. Tungsten did not hurry. She seemed to have snoozed through the entire event, or at least pretended to snooze. A good top-cat doesn’t show any excitement over such things as home-invasions by tremendous noises.

But Renn’s scientific curiosity overcame his fears and he was out, smelling with that big nose of his, his tail up, his mind racing. Josie followed, ready to reclaim the top of the cat-tree. Even Tucker ventured out cautiously. There was much for them to sniff, much for them to see. After the fuss had ended, they seemed to enjoy themselves. 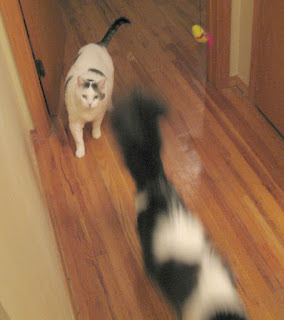 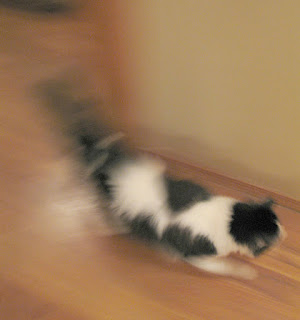 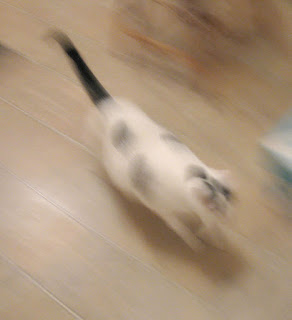 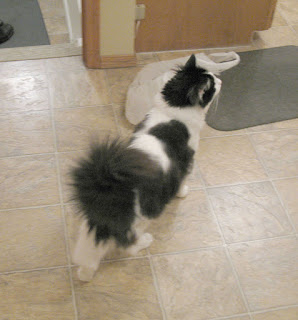 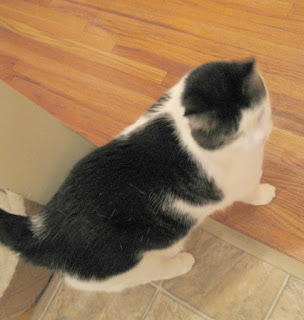 I spent the rest of the evening cleaning.