Movie night was a success. It was not the best it could be. That would involve all the perma-cats lounging about me, with Tungsten lifting a glass of champagne in toast to Bear-Bear’s stay with us. That did not happen. However, Renn did brave the newcomer’s presence. My big boy waggled nervously into the parlour, encouraged by me and the fact that Bear-Bear was half-asleep, purring himself into contentment on my lap. Renn jumped up cautiously, but within a couple of minutes was lying down, rolled over on his back and himself purring while I rubbed his chest.

After Josie, Renn is the least troubled by Bear-Bear. I suspected that it wouldn’t be long until he tried to regain normalcy by joining us on movie-night. Once my big boy smells popcorn, he knows a show is about to begin. He and my foster-cat have been sniffing each other more and more and, though there has been hissing and growling - all on Renn’s part - I’m not at all worried about the two of them and, if it were just him and my Chubs, would gladly leave Bear-Bear out all day while I was gone. But Tungsten still has a long way to go before she accepts the interloper’s presence, and Tucker could use some more time, too. But if any cat can convince another that he is harmless, it’s Bear-Bear.

But this little article is about Renn, so I will leave you with a comparison. A couple of weeks ago, I wrote that he was a lazy dog, and not quite metaphorically. Take a look at these pictures and tell me if you don’t expect Renn to bark at me one day. 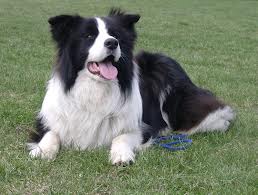 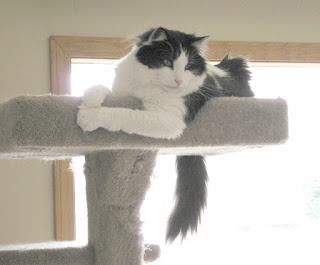