Cats often behave like children, I find. In particular, they will frequently find joy in the simplest things, such as the box a toy comes in, rather than in the toy itself. In this case, there has been delight over something very simple, quite cheap.

A friend gave me a circular pad that was in turn given to her, free of charge, at a pet-supply shop. This pad is not really thick; it is made of some plastic fibre, so I can’t imagine it is all that comfortable; moreover, it cannot be washed, so once the amount of cat-hair embedded in it is greater than the quantity of material, it will be thrown out.

Yet several of my cats enjoy the pad. Josie, in fact, could not wait until it was unwrapped before she found a fondness for it. 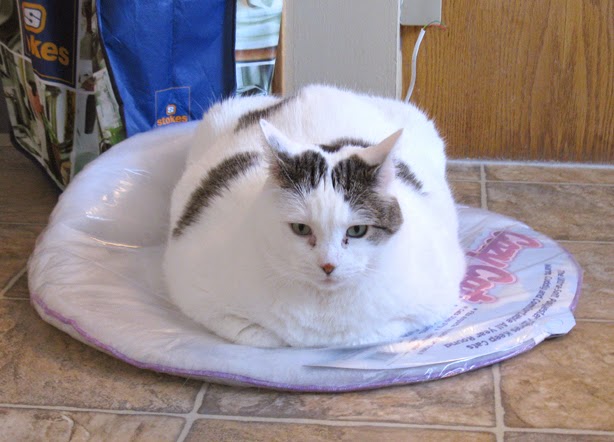 She has been the pad’s most dedicated fan so far. This does not mean that she has abandoned the new hammock, which is still being enjoyed extensively by her and Tucker. But the pad gives my Chubs a new cushion - albeit a thin one - on which to lie, and a new place in the house at which to recline. She even snoozes on it. 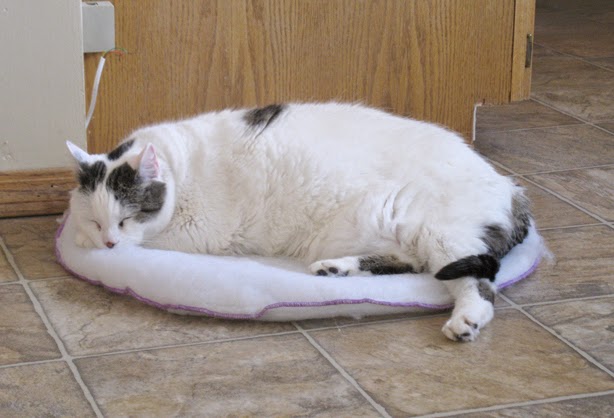 Tucker too has resorted to the pad more than once, and sometimes waits for his soft-food meals there. And even Cammie evidently likes how it feels. My Siamese guest-girl likes to lie on the pad and appear threatening to any other cat trying to get down the stairs. Except once in a while when she is feeling her oats, she is actually harmless, and I think merely enjoys feeling imposing. 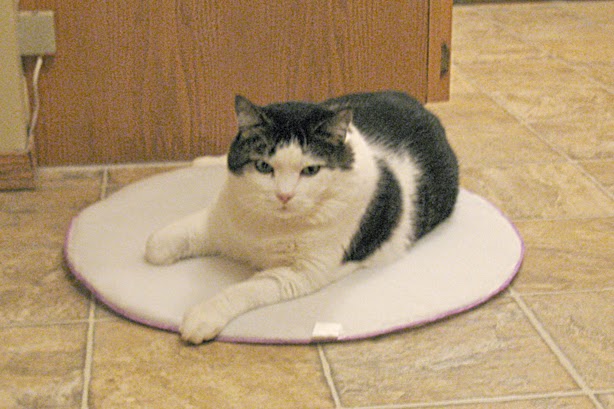 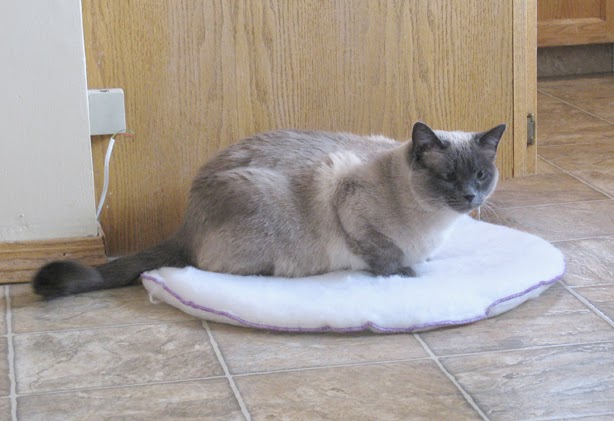 We never know what will grab our cats’ fancy, and though the cheapest, most easily obtained toy, food or furniture is certainly not always the best, I’m beginning to suspect that the most expensive is often the least used.
Posted by John Bellen at 8:15 AM