Chapter 748, in which I Join the Highland Light Infantry


I like reading memoirs from decades ago. They provide great insight into how life in the past was lived on a daily basis, and frequently contain amusing episodes. I recall reading the autobiography of a British Army officer which told of a fellow cadet who, when passing out of Sandhurst, filled in the standard questionnaire regarding the regiments into which he wanted to be commissioned. He wrote “Anything except the Highland Light Infantry.” It was indicative that the higher powers had a sense of humour that the cadet was sent off to Glasgow and the Highland Light Infantry.

I have long advocated for middle-aged and older cats. Everyone chooses kittens. They are cute, cuddly, wobbly and have high squeaky voices. It’s the oldsters who need homes more. Kittens are rambunctious, overly energetic and troublesome. I have always stayed away from kittens.

I’ve now been sent to the Highland Light Infantry. 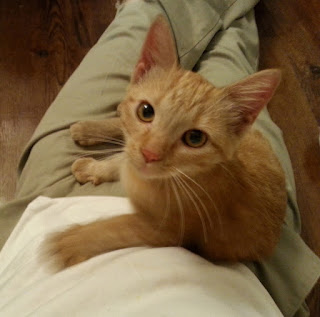 She was squawking horribly behind the building where I work. There is a colony of feral cats there, all black and white, except for a couple of grey tabbies. They are all very shy of people except the man who feeds them. Echo appeared and definitely knew that people were the ones with the food and comfort. Far from shy, she kept trying to slip through the doorway into the building. We think that she was abandoned with her siblings. They were all rescued by someone here, all but one, an orange youngster, who could not be found at the time. She has been now.

Someone termed Echo and her brothers and sisters ‘feral’, though of course they, and she, are not. I think the term sometimes is confused with ‘homeless’. They are all socialised, so they had a home at one point, and it could not have been long ago, for Echo is only about four months old (so I estimate). Perhaps a child pleaded for a kitten, did not take care of it and the parents did not want to. It may be known by some that the feral colony behind my work-place is being fed, so that presented a solution. Abandonment is never a good solution for the cat. 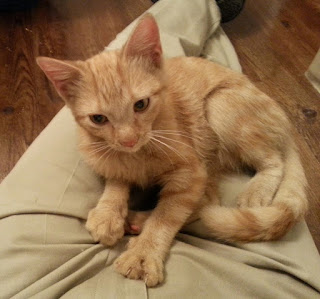 Echo was almost panicky, hoping for someone to let her in where she felt safe, so, since no one else was going to help her, I felt I had to. The only way to do that was to provide her with refuge. I brought her home. Having another cat live with me was not last on my list of things to do, but it was near the bottom. However, there was, I felt, no alternative. She is currently in my bathroom. 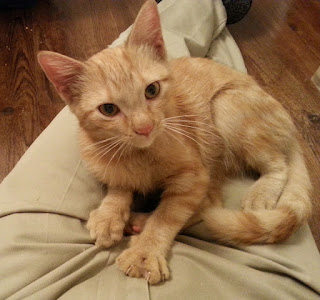 The other beasts are curious but not put off their habits by the newcomer. Because of her recent problems, hardly finished, Cammie was uppermost in my concerns, but she is unfazed. Readers will be glad to know that she is eating well: her appetite for soft-food is returning, and she is asking for – and receiving – hard-food whenever she wants it. (I will still be talking to my regular veterinary about her condition. I have called the emergency clinic to prompt them to forward the x-ray. I am annoyed that they have not, and will speak to them again tomorrow.)

For now, there is Echo. Because foster-homes are at a premium here, I will be keeping her until one is found, whenever that may be. Being a youngster, she may even go straight into an adoption, but even so, that will not be possible for a week or two while her health is examined.

In any case, like the officer sent to the regiment for which he did not really care, I will do what I can for those for whom I am responsible. I wonder if that officer found his new situation not half as bad as he had anticipated. 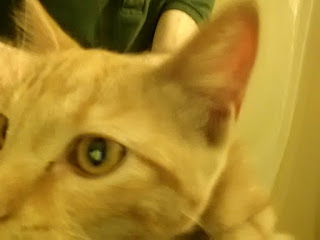