I am still learning about my cats. I see new things in their characters every day. Sometimes it’s a refinement of my acquaintance with them, a new detail to something of which I’m already aware. 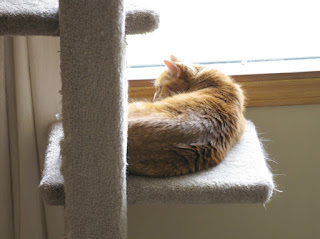 Tungsten is a good example. She likes to play, but infrequently and briefly. When she does, it is usually by herself, shooting through the house, upstairs, downstairs, across the floor, up a cat-tree. Sometimes, she will pounce on a toy and fight it for a few seconds. Then again, she may attack Josie; not harshly - there’s no hissing or growling involved. She will jump on my Chubs, who will then trot away, sent off with a few smacks. 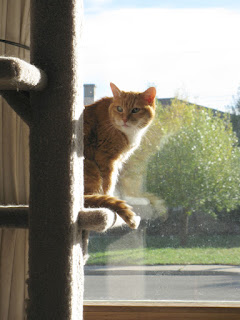 But once in a while Tungsten will consent to play with me and a string-toy. I discovered something new about that just recently. Tungsten is much more likely to leap on the string when it is being pulled toward her, than away. As she sees the end of it approaching, she will crouch, coil herself, wiggle her bum and then attack, frenetically and almost as if panic-stricken. She will flip about, grabbing this way and that, sometimes seizing her own tail (I have a string-toy that is a long, brown caterpillar-like object). Then she will stop. 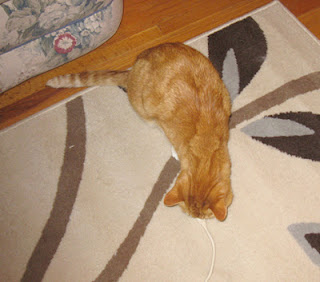 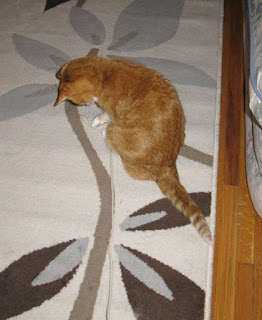 Since I noticed that the direction of the toy’s advance is decisive to her participation, I’ve been able to get the orange one involved a bit more. Not much more, for in large part she holds herself aloof from the silliness of playing; that is for lesser cats. But now and then, she condescends to enjoy herself. But I think she is usually satisfied lying in a heated bed, being petted, and teaching a human about cats. 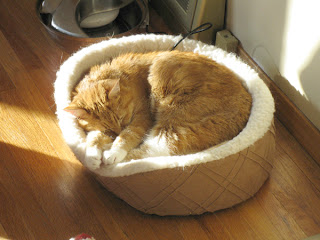