A Long Cat Takes His Medicine

Bear-Bear has been sneezing. He has been sneezing in great quantities and with vehemence. He also has mucous in his nose, which does not need sneezing to become dislodged. He can be a messy fellow. And, though it is amusing to watch him throw his head back and launch into a sneezing fit, amusement in this case is not good. 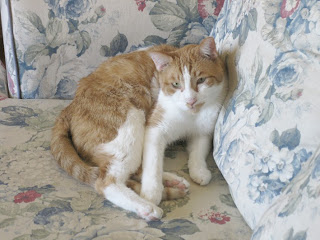 Bear-Bear seems to have had his problem for a while. The veterinarian believes it is an upper respiratory infection, chronic but not dangerous. Nonetheless, it is a bother for him and surely cannot but make other infections, should they arrive for a visit, more welcome. Aside from that, speaking practically, it makes his chances of being adopted slimmer. The BB needs a cure.

And so he has begun a treatment with azithromycin. This is not really an animal medicine, but it works well with cats. The drug comes in pill form and as a liquid. Fortunately, I was supplied with the latter. It is a strong anti-biotic and the doctor prescribed a single doze of 1.25 milligrams a day for only six days. Bear-Bear makes giving it to him inconvenient but not difficult. He is a third of the way through his programme already. I keep forgetting to pay attention, but as I think back on this morning and yesterday, I don’t recall Bear-Bear sneezing much, or at all. Last night, he was making noises as he was walking about as though he were trying to sniff, but there was no runny mucous to sniff. Do cats sniff? In any case, I think the medicine is working. 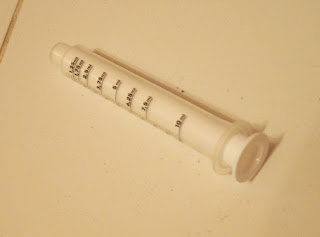 Once his respiratory infection is cured, and I do believe it will be, Bear-Bear will go in for a dental cleansing. He has gingivitis that is making his breath smell very bad. It is probably uncomfortable, as well. With his nose clear and his teeth clean, he will undoubtedly find that his food tastes much better. He may discover a whole range of flavours he simply wasn’t previously tasting. (I don’t need that, in truth: he switches allegiances between Fancy Feast flavours faster than a politician discards principles.) But if all this makes the BB feel better, and improves his odds of being adopted, then I’m in favour of it. This long cat has been getting short shrift, and that is about to end. 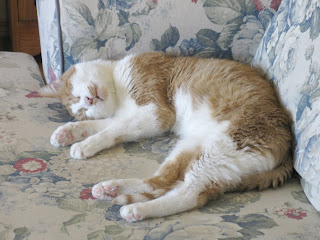