The second new year's problem that we experienced at the household involved Cammie. My Siamese guest-cat has grown more at ease with the others and with me. She will now get on my lap of her own volition and enjoy a long petting session to the accompaniment of purrs (hers). This will usually happen when I am writing or reading at the dining table. Cammie will jump up on a neighbouring chair, walk across the table, under my chin, which she will then butt upward with the top of her head, and then drop down on to my lap. I’m very happy with this development.

She is getting better with the perma-cats, too. She no longer stalks Tungsten and, though she will wait around a corner for the orange one, it is an instance of opportunity, rather than planning, and is rare. Tucker and she have reached some kind of understanding, by which neither finds the other particularly offensive. Witness the roly poly one watching Cammie play. 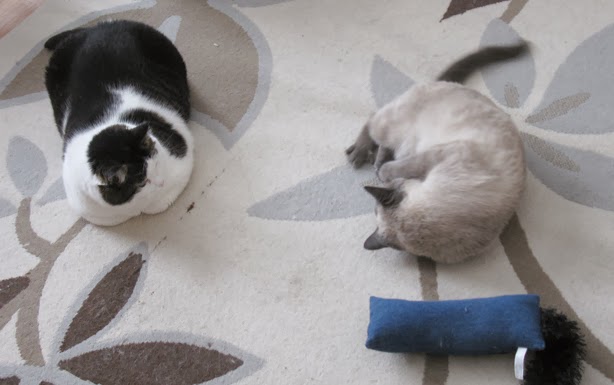 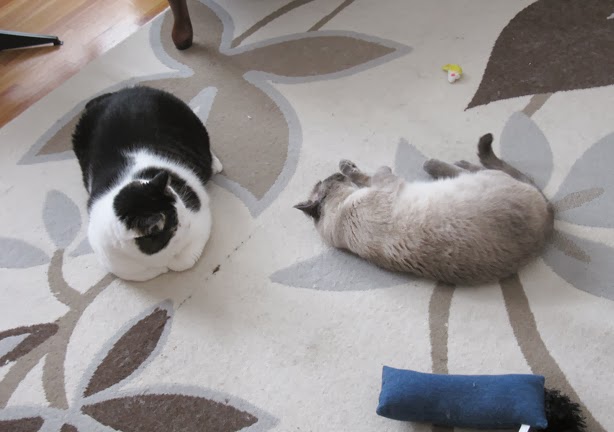 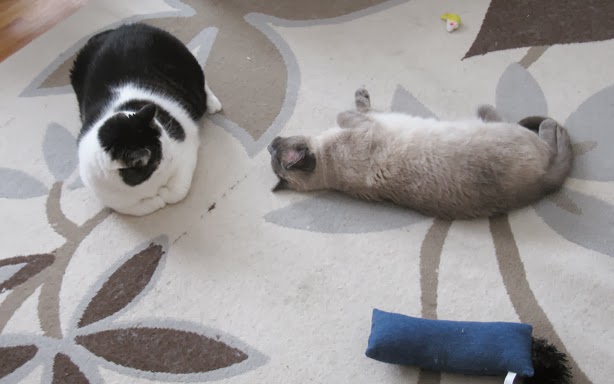 She does, however, still have issues with Josie. My Chubs is not one whom I would have associated any form of aggression, but once in a while she will taunt Cammie. I don’t believe there is any intent of violence, but when the guest-cat objects to Josie’s proximity, there is a risk of claws being used. I think this is what happened last week. You’ll notice the scratches on Cammie’s head. I think I caught the last seconds of the incident that caused the damage, though I didn’t know that it was as serious as this at the time. What I suspect happened was that the Great White came too close for Cammie’s comfort and received a retort that she was not expecting, and over-reacted as a result. I think it’s telling that though Cammie’s claws were sharp at the time, Josie did not get a scratch, literally. Cammie makes a great deal of noise but is not a fighter at heart. 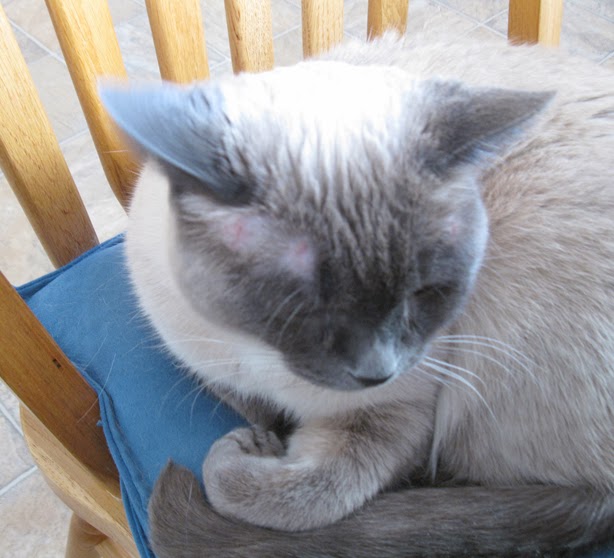 The two have behaved themselves since, and I don’t foresee any further trouble of the sort, at least not until they both forget this lesson. In the meantime, I will watch the little guest-cat’s wounds and make sure they don’t worsen. The joys of family... 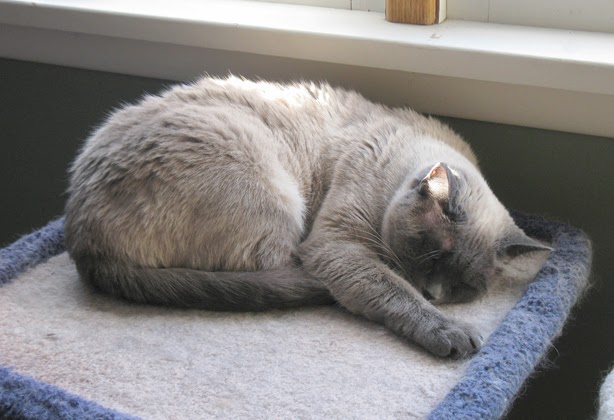