There are at least two cats in the neighbourhood who are allowed by their owners to roam free. One, I suspect, is not neutered, a jowly, yowly male tabby. The other is a black and white feline of indeterminant gender. Both have been invading my own beasts’ territory recently. They cause no harm and indeed travel only through the farthest provinces of our little kingdom.

The tabby, whom I believe lives across the street, sometimes sits on my doorstep. I have tried to get close to him, but he is too shy of me for that. At times, he will skirt my house through the driveway and into the back lawn. 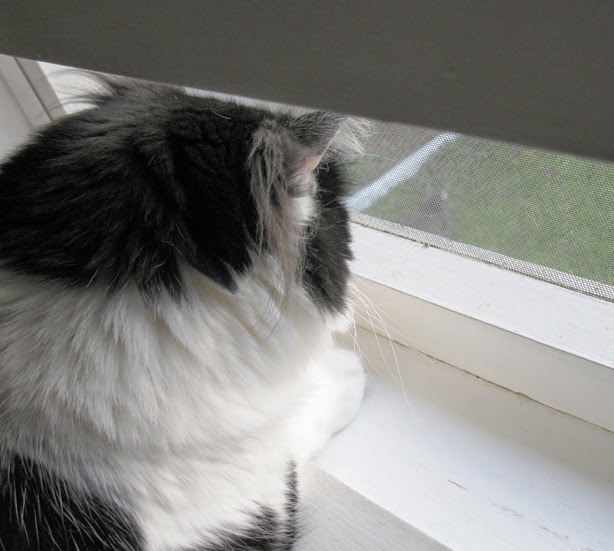 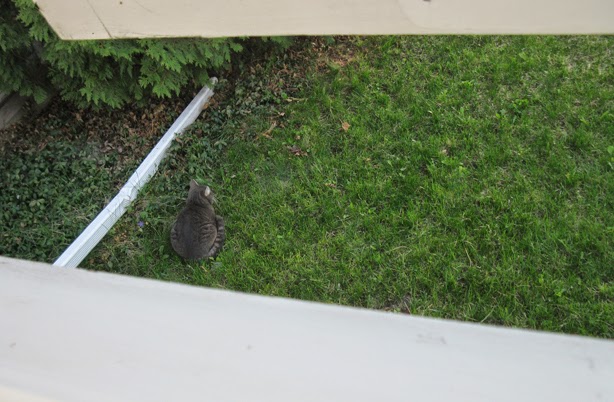 The black and white boy (or girl) I’ve seen less frequently. Even in one of these pictures, he is invisible, lying ‘doggo’, as they used to say (though never of cats), under one of the litter-boxes I’d washed out that day and left to dry. 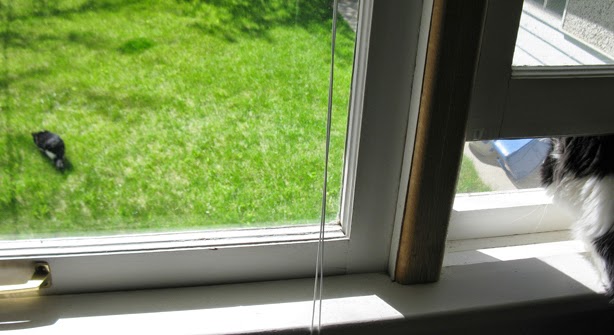 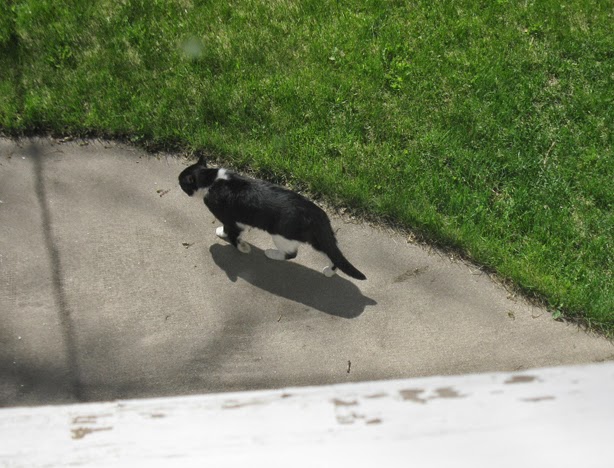 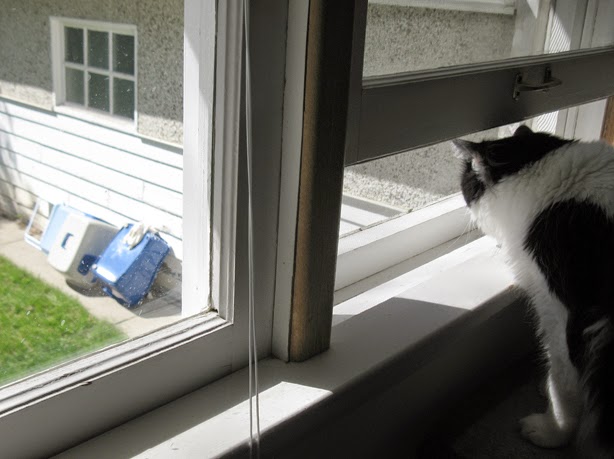 They create no problems, these itinerants, though my cats keep an eye or two on them when they are spotted. In the photographs here, you'll see Renn maintaining watch on our borders. In addition to being my leading scientist, he has apparently appointed himself warden of the marches. Other cats have entered our small castle only by permission, so he and his fellow guardians must be doing a good job.
Posted by John Bellen at 5:42 AM