My big boy Renn enjoys studying the world around him. His greatest interest is water, but he finds something to pique his curiosity in everything. Now that spring is advancing (very slowly, in our part of the world), and insects are emerging from their winter refuges, Renn has turned his scholarly brain to entomology. 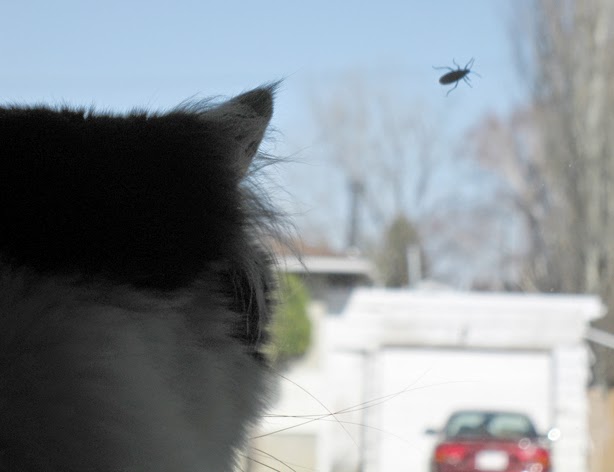 This past weekend, he found an object of his study crawling across the large sitting room window. He was fascinated by the little beetle making its way from one side of the glass to the other, and was excited when it came close to the tall cat-tree. He evidently felt that a non-living specimen would be examined better than one that was living, so he tried to whap the bug. Fortunately for the latter, it was crawling on the outside of the pane. Renn seemed puzzled by this. 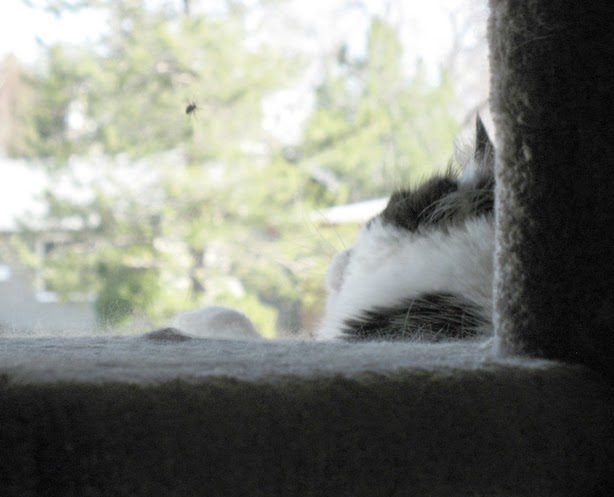 I think his next object of study will be glass. 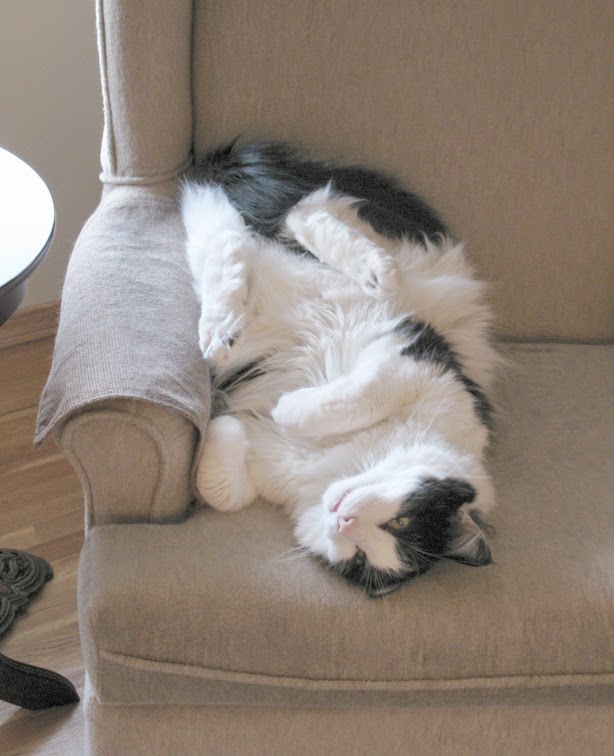 I would like to thank Tim from Tomcat Commentary for the thoughtful and excellent electronic birthday card he made for Tungsten. Go to this site:
http://i1236.photobucket.com/albums/ff451/stealthfur/TungstenHAPPYBIRTHDAY.jpg

As I wrote in reply to Tim, my orange one doesn’t make a fuss of her birthday - but I’m sure she’s doesn’t mind others doing so.