Cammie on the Couch

Cammie continues to do well, and she has added a new element to her progress. She has been jumping up on my lap for pets for a long time now. Recently, though, she has taken advantage of me sitting on the couch to join me there. It’s not the same for her as when I sit on a chair. She has come up on my lap while I’m on the couch only a few times. Once, she did it when there were other cats lounging near, which surprised me; she didn’t hiss or growl, nor did she remain long, but it was a step - or rather, leap - in the right direction. 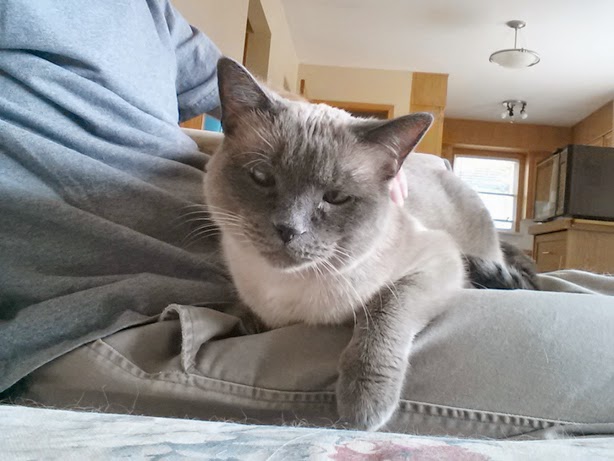 She hasn’t purred yet while she is with me on the couch, and she stays only a minute or so. Then she will drop to the floor again or move over to the other corner of the couch to lie there. But each innovation means greater integration, greater comfort with her situation, and with the other cats. There are always set-backs. The introduction of a new cat, Kola, has put her on edge a bit. Kola, astonishingly, is not deterred by Cammie’s hisses and growls, but the Siamese Princess doesn’t care for him. She was particularly grumpy yesterday, for no discernible reason. And there is her continued antipathy toward Josie.

But if her trip to Regina, now fading into the middle distance of memory, didn’t make her regress much, then I am not too worried about the odd step back that she takes in my house; there is usually a couple of steps forward to compensate. And it’s rather interesting that a cat can move ahead while lying down. 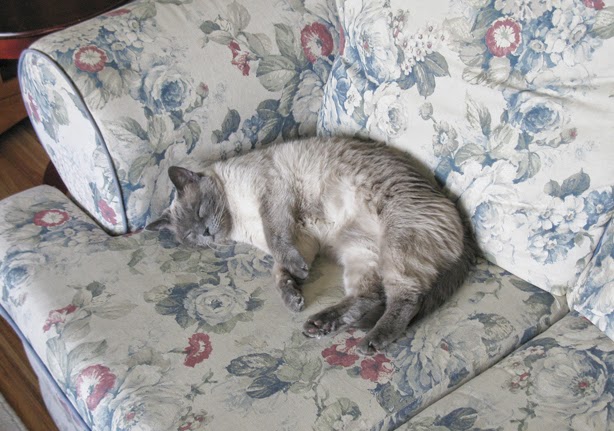