Where She Left Off 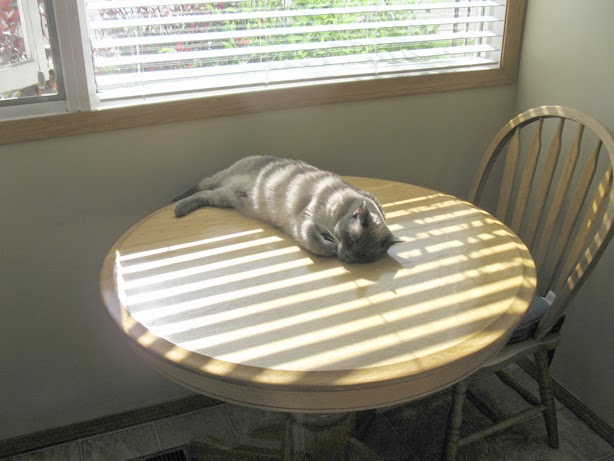 Cammie has settled in - or re-settled in - well. I think that she is pretty much at the stage of integration at which she was when she took her unfortunate journey to Regina. Though she continues to hiss at the other cats, it is usually ignored by them - since they keep their distance anyway. It's amusing to see the Siamese Princess walk by Tucker, hiss at him without bothering to slow down or even look at him, and keep going. Tucker meanwhile ignores her. With Cammie, that's a pretty good integration. 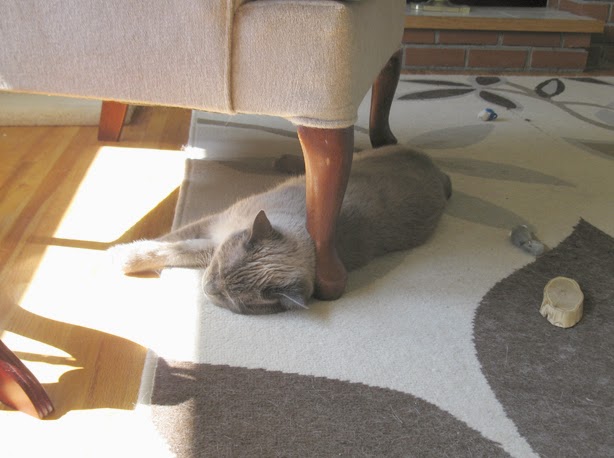 She spends much of her time at the open windows. She loves to lie on the cat-tree that came with her, a tall one with a curved platform at the top, just right for her size. She will sometimes lie looking out the window; other times, lie curled up facing the other way - but that position is for sleeping, not for watching. 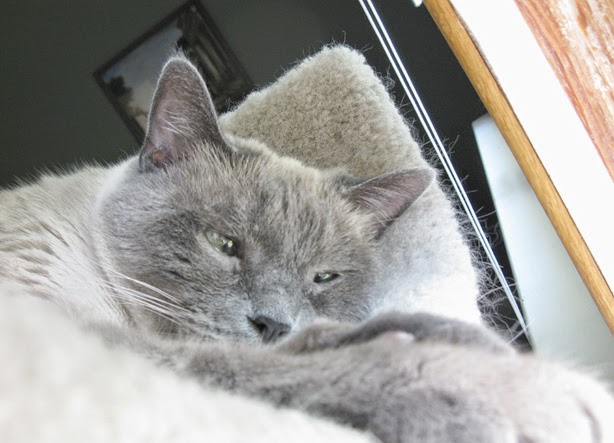 Cammie is a smart girl. Window space in the summer is at a premium and sometimes she will find that in both the parlour and bedroom, another cat is already at the window. Cammie doesn't mind (much) if one of her roommates comes up on the cat-tree in the bedroom next to hers. But she won't join a cat already there. One evening, she found the parlour tree occupied. She trotted down the corridor to the bedroom, but that too was filled. This annoyed her, and she retreated, grumbling, but stopped at the bathroom. She walked over to the cupboard beneath the basin and opened the door there, but left disappointed. She knew closed doors sometimes led to rooms, and wanted to see if that one led to another window. 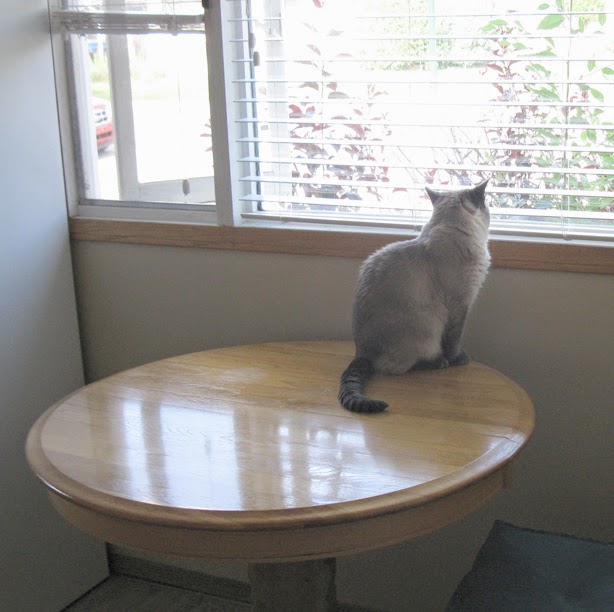 One of her favourite spots is in the cylindrical 'house' of a cat-tree in the basement, in the lobby of the library. It's cool there in the heat of the summer, and she will be untroubled by other cats. I too leave her alone - except to say 'hello' - when she is in her round house. That's her little retreat. She used it for the first time when she had a bad cold months ago, and evidently finds it congenial when she is at her most misanthropic (if that word can be applied to wishing to avoid cats). 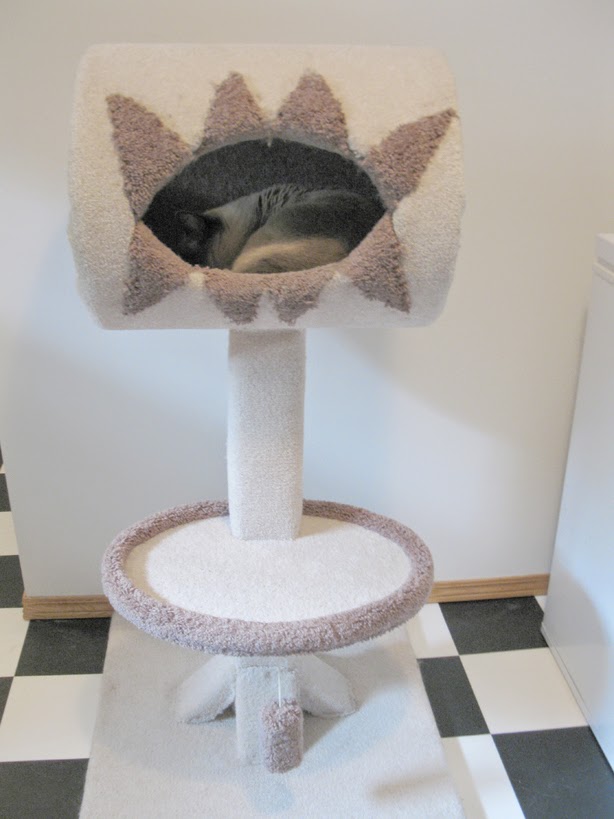 But she enjoys other places in the house, thanks to her having grown accustomed to the other beasts. A table-top, a place in the hot sun on a hot day (from which she will then retire to the cool of the basement) or the top of the sitting cat-tree; I may find Cammie anywhere these days. And at least once a day, I find her on my lap. 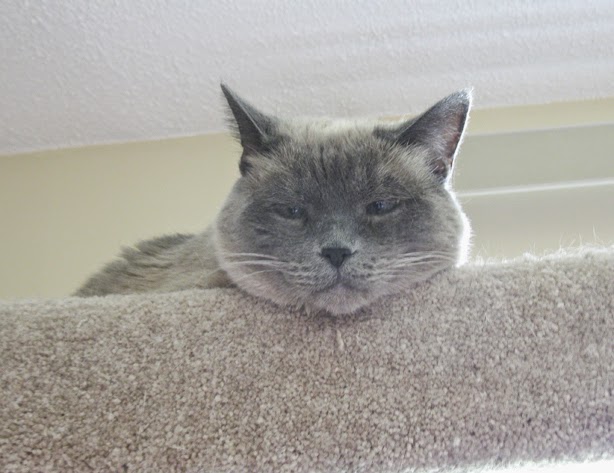