Josie and the Secret of Cool

Josie doesn’t appear on my blog as much as the other cats. I think it’s because my Chubs doesn’t do anything extraordinary much of the time. She is a pretty normal cat, trying to steal some of Tungsten’s California Natural dry-food, annoying Cammie and snoozing on the floor just where I want to walk.

But she holds a place in my affections nonetheless. When she is at a window when I come home from work, she squeals and rubs her face furiously against things, then hurries to the door to meet me. And at night, she will often move from one side of the bed to the other, purring all the while, happy just to be there.

Sometimes Josie does something that gets her especially noticed. The weather has been far too warm lately. I like moderation in climate, and I would have thought that living in a temperate zone would leave summer balmy and pleasant. This is not so. Therefore, the air conditioning has been working in my house on some recent days.

The cats alternate inexplicably between lying in the blazing sun on a hot day to lying on cool hardwood flooring on equally hot days. At least two of them, Tungsten and Josie, have discovered the secret of the air vents: the orange one enjoys the heat that flows from them in the winter, and the Great White has found the cool of the air conditioning to be soothing. Witness the photographic evidence of my Chubs keeping her tail comfortable. As ordinary as she may be, she has her moments. 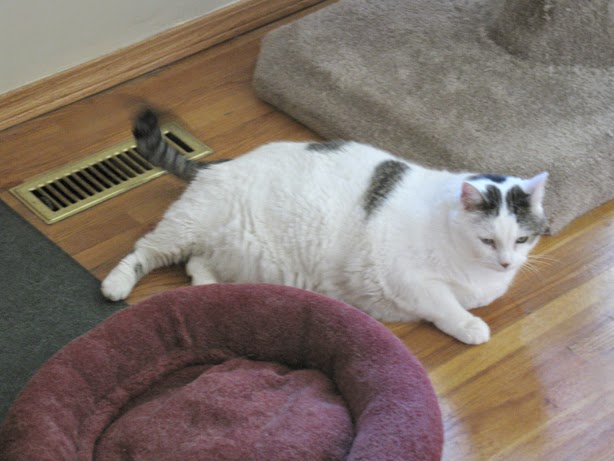 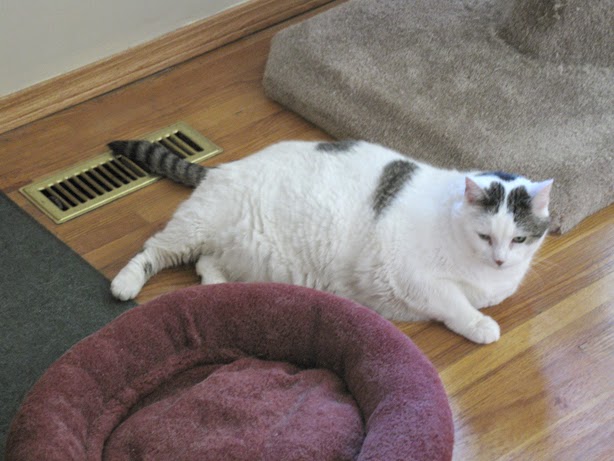