Tungsten was sick over the weekend. I noticed it Thursday morning, when she woke me at eight minutes after three. She threw up, which is rare for her. She vomited more later, five times that I knew of; that’s as often as she has thrown up in the last two years. She also had no interest in food or water, and was lethargic and apathetic. I made an appointment with the doctor for Friday afternoon. It’s suspected that she had some sort of infection; exactly what, was undetermined. She was prescribed antibiotics and a pill to settle her stomach. I also started ‘force-feeding’ her Recovery soft-food by syringe. So she was getting food pumped into her thrice a day, half an anti-biotic pill twice a day and a quarter of an anti-upchuck pill once a day - plus her twice daily ear-rub of hyperthyroid medicine. She was displeased with life over the weekend. 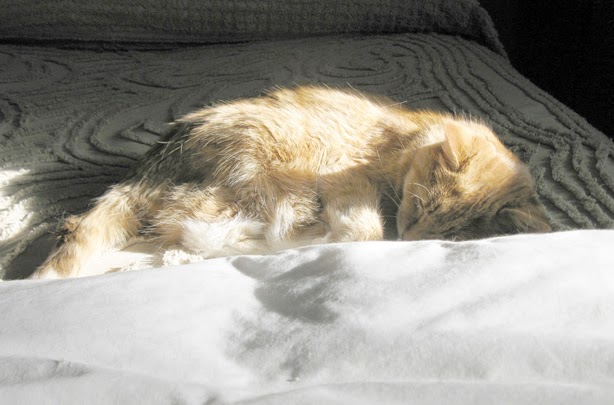 However, by Sunday, the Tiny Terror was much better. She was eating, both hard- and soft-food - not her usual amounts (which are never large, anyway) - but much more than in the previous few days. She asked for a drink of water last night, for the first time since Wednesday. And her behaviour is almost normal again.

Numerous tests were run by the hospital, due to Tungsten’s health problems - hyperthyroidism and kidney trouble. All told, the cost was a tidy $300 even. I cannot feel bad about the price, though, since, despite it showing the doctor very little that could indicate what was wrong with the orange one, the tests conducted demonstrated that, aside from this passing infection, she is in excellent shape, considering her health issues. The veterinary, who was a stranger to Tungsten, stated that if she had not known of the cat’s kidney problems from her records, she would not have thought Tungsten had any at all. My little queen’s weight remains steady; it has hovered between 2.9 and three kilograms for more than six months, and her T4 numbers are good.

So, now that she is recovering from her illness, Tungsten can return to being the demanding, superior top-cat she is meant to be. 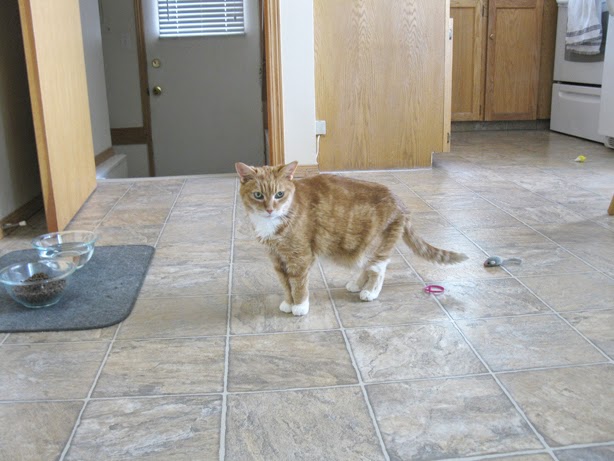