Health Is Up, Illness Down

Those who expressed wishes for Cammie and Kola’s recovery from their recent health problems have done some good, because both are much better.

Kola continues to spend the night locked in the parlour due to Tucker’s periodic bullying, so I was able to monitor the Floof King’s waste management. This morning, his poop was firmer and more formed than it has been over the previous few days. The troubles with poop being softer or even liquidy seem to come and go with different cats, and though Kola is clean in his habits, even he cannot get everything on extreme occasions. So I am glad for his well-being, and my furniture, that he is improved. 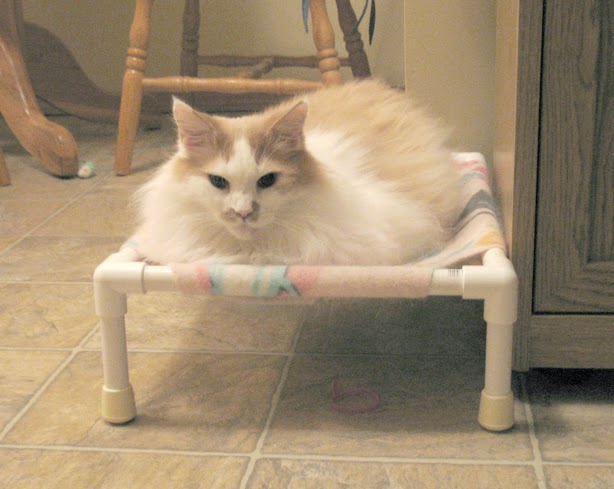 Cammie too spent another day in isolation, so I could monitor her habits. She is eating once more, with a good appetite that had her consuming both hard- and soft-food in decent quantities. She was playful last night, battling with both a string-toy and a laser-pointer, and was using her usual spots for snoozing.

I am astonished at Cammie’s progress in trust. I gave her a hairball remedy for three days. Last night was the final dose. It is horrible stuff, to judge from my beasts’ reactions, and Cammie growled and hissed during the ordeal of its delivery. But last night, her resistance was much reduced. Perhaps she connected its provision with feeling better; perhaps she knew now that the treatment is over in a minute. I don’t know the reason, but she was much easier to handle. Immediately afterward, she let me pet her, and less than a minute subsequent, she was on my lap, purring. 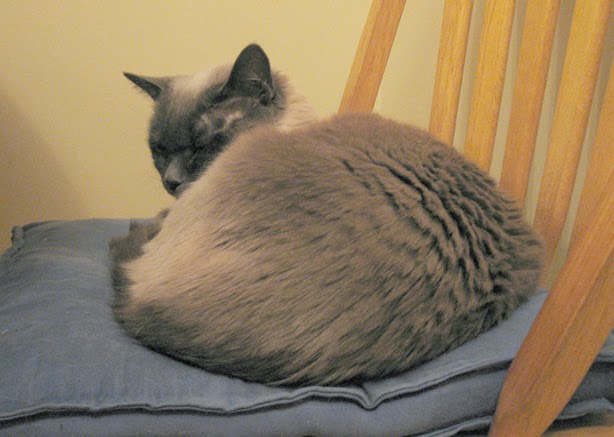 The best thing about this, I think, is that if I ever need to force-feed her, I know I will be able to. Putting food into a cat by syringe is sometimes a regrettable necessity, as many cat-fanciers have come to know. I was afraid that I was going to have to do this with my Siamese princess in another day. I couldn’t have had her go without food for much longer. I did not have to resort to that drastic action, but I now know that, though Cammie will put up resistance, it won’t be either complete or dangerous. She is more trusting and I am more confident.

I am grateful for my cats’ improved health, and hopeful for its continuance.
Posted by John Bellen at 6:45 AM