Kola is an expressive cat. He’s talkative, and there isn’t much about him that he keeps hidden. For instance, when annoyed (such as when a human tries to comb out matted hair near his rear), he will bleat like one of the Billy Goats Gruff. But usually, he is in a good mood.

The Floof King loves to have the back of his neck rubbed, and then all the way down his spine, with a firm but not intrusive touch. He also likes a chest-rub, a chin-rub and of course a face-rub. I noticed early on in our acquaintance that he will knead the air very quickly upon being given something he likes. His purr comes second. It is still a secondary means of showing his pleasure. I find that strange, since most cats I know resort to kneading second. It comes between purring and drooling in terms of demonstration.

But never mind. Kola wants to show his enjoyment, and he does it by kneading the air, which looks to me like swimming. So join him, won't you? Come on in, the water’s fine! 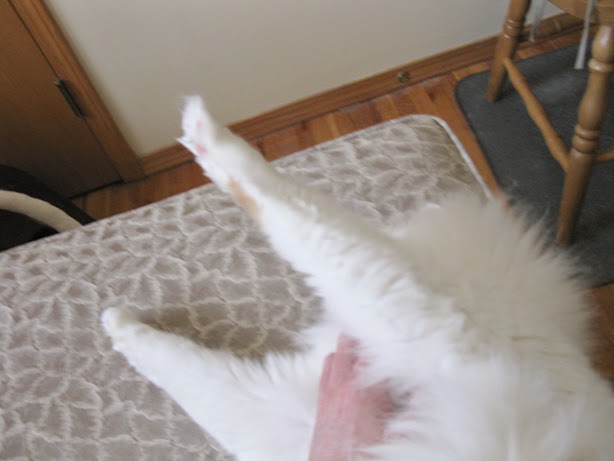 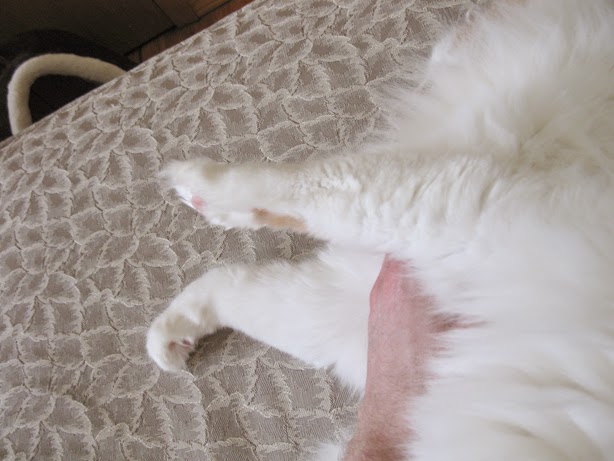 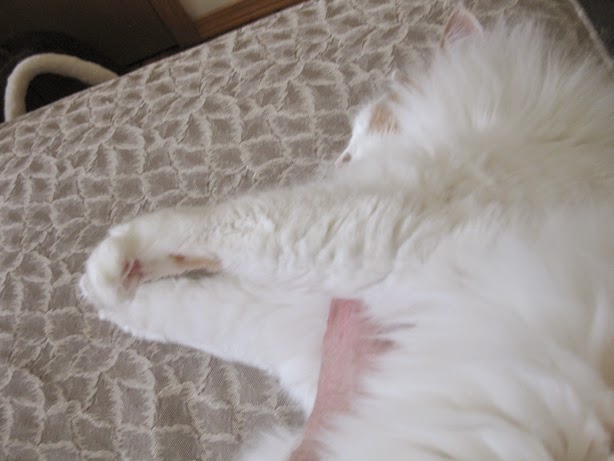 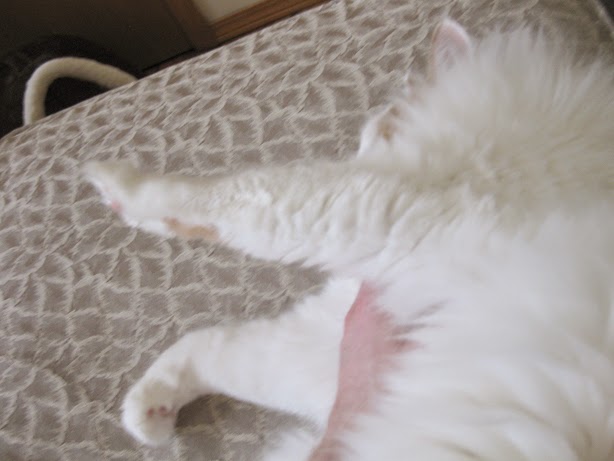 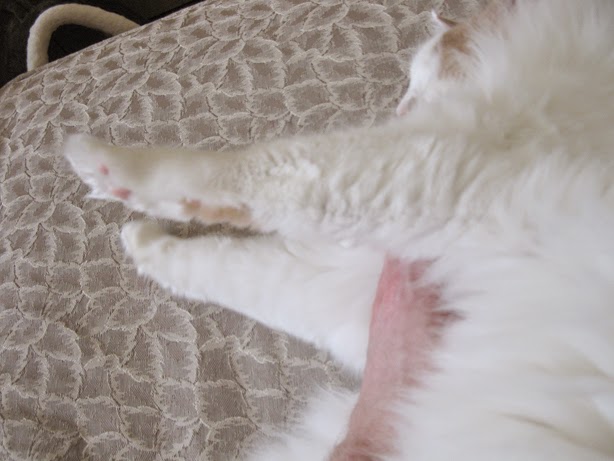 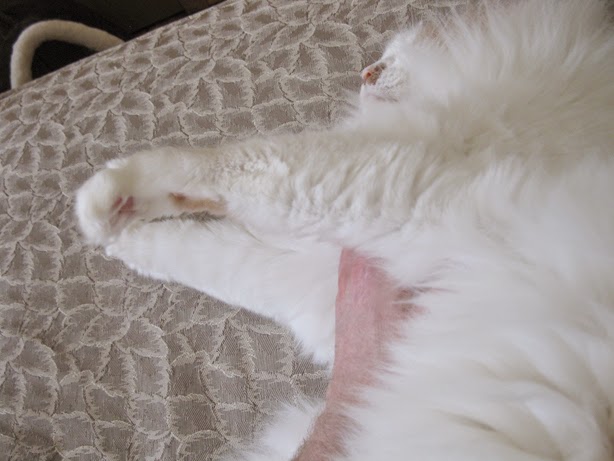 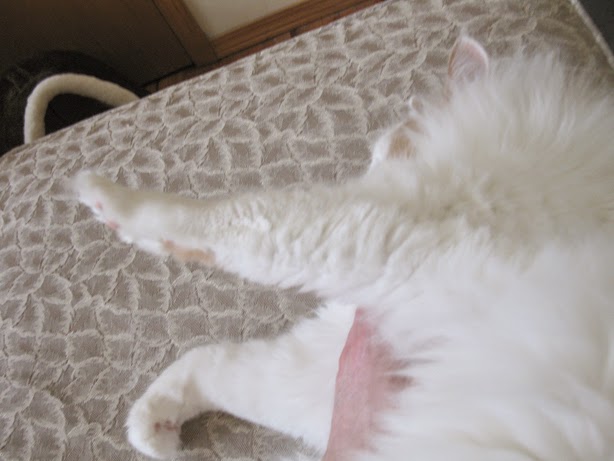 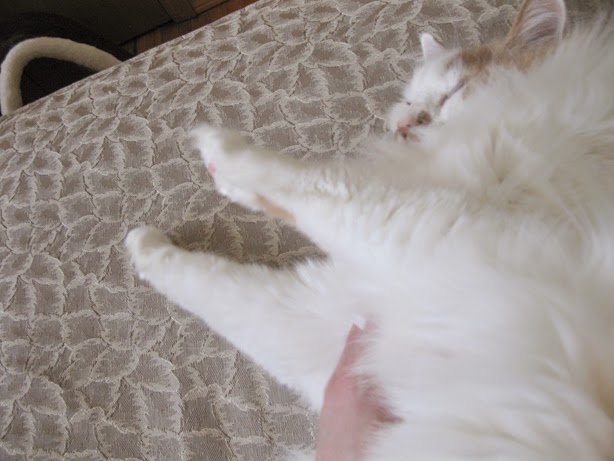 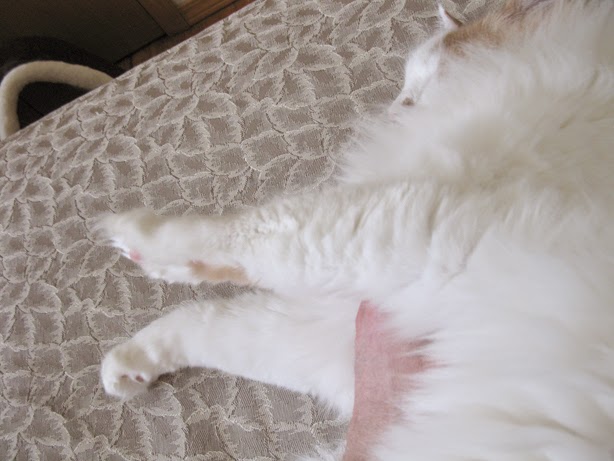