A Pedicure for the Princess

Cammie went to the animal hospital this weekend, though her visit was not due to any health concerns. In fact, being in good shape, her claws grow rapidly and sharply, and therein lies the problem. 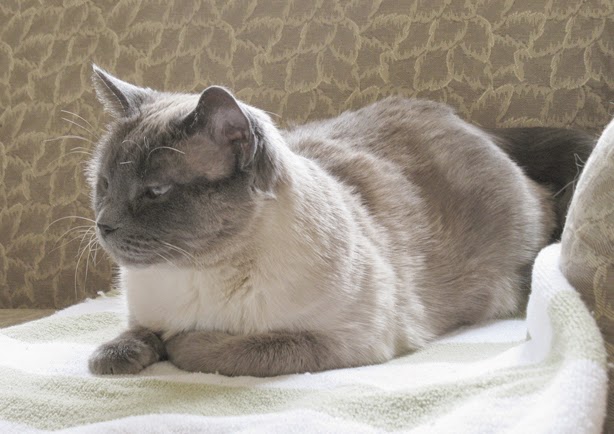 The Siamese princess is improving in her trust all the time. When she is on my lap, which is at least once per day, she has allowed me to handle her paws, so long as I continue to pet her. She is not yet at the point of permitting me to cut her claws, and dislikes strangers coming into the house to do so. Yet when she is taken to the animal hospital for a trim, she is docile, perhaps stunned by the environment. 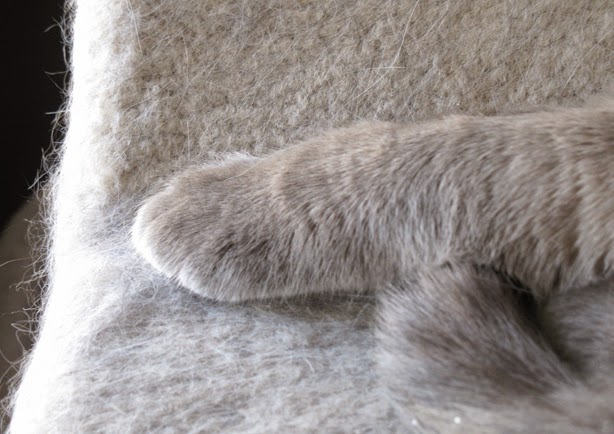 This time, I was able to accompany Cammie. She was handled by myself and the technician without trouble. Her rear claws were trimmed as well as her front; this elicited only a short hiss and grumbling from my foster-cat. Afterward, I took advantage of the situation and held her as I do Tungsten, and she didn’t object. She hurried back into her carrier without prompting, no doubt knowing, as I told her, that we were “all done.” 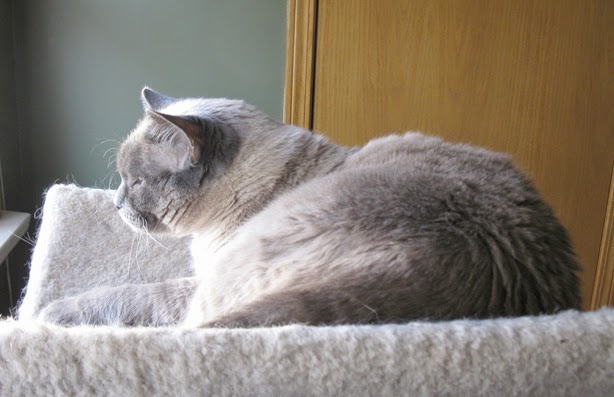 Later that day, I picked her up again and held her, for no more than ten seconds, while petting her. She neither growled nor hissed, and didn’t object in any way. I put her down quickly, though, so that she touched the floor again before she could display disapproval, while being held was still acceptable. I will try to do this at least once a day, increasing the time she is in my arms with each attempt. Her trust in humans is growing, and will, I am certain, reach the point at which she will allow me to cut her claws and even carry her around the house.

For now, however, this is how enthused Cammie was with the day. 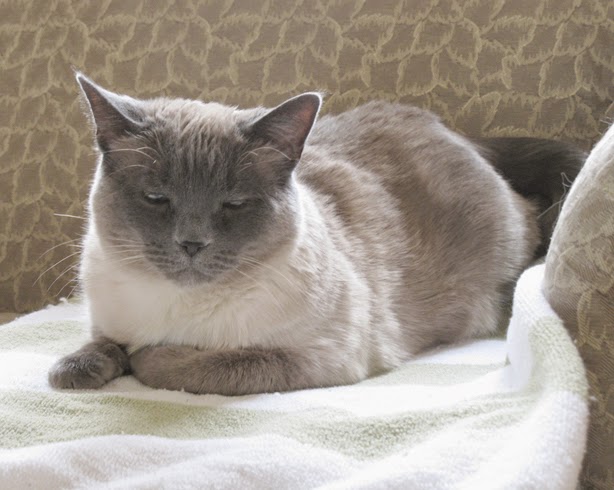