Jam on the Moon

Some of my cats are messy eaters - I will discourse upon their habits later - though Tucker is not normally one of them. I think it is because he enjoys food so much. The roly poly one usually tries to get everything he can from a dish when he likes what’s being served. And of course, he is a clean animal. I must sanitise his nether regions now and then but that’s because, like Josie, Tucker cannot reach to all distances of his tubular form. 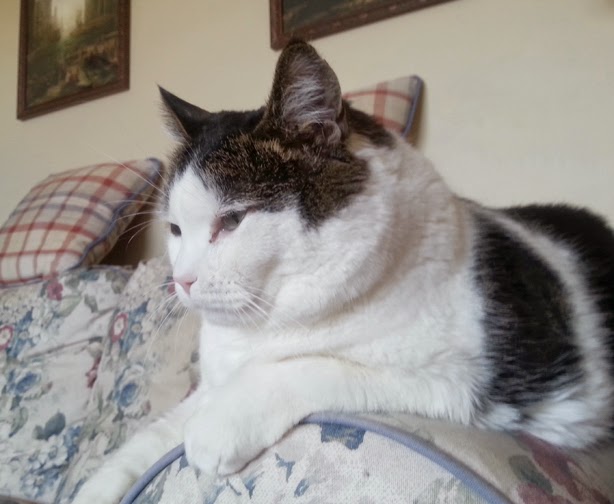 There is one food over which he will create a little mess. I enjoy pastries now and then, especially Pop-tarts. I will warm them in a toaster (especially useful when they are a little stale) and consume them with a cup of tea. (There are few things that don’t go with tea.) Tucker too likes Pop-tarts. I’m sure they aren’t good for him - any more than they are for me - but I don’t think they are harmful to him. And I give him just a small portion, the size of my thumbnail. This is due principally to greed on my part: I want as much of the pastry as possible for myself.

But I share a small bit with my sausage-like cat. When he particularly enjoys a food, he will watch its consumption by others with an intensity that is unrivalled by the worst fanatic. He will purr in anticipation, and when presented with his little ration, will gulp at it as though ravenous. 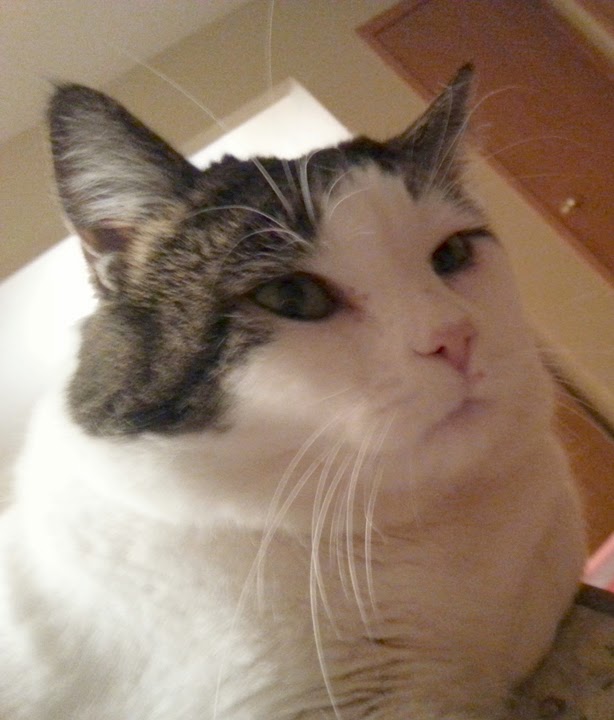 It usually leaves him with a small smear of jam, however. In the bad telephonic photo above, it can be discerned just below his nose. It almost invariably happens that a tiny spot of filling remains somewhere about his mouth. He is normally oblivious to it until he starts cleaning his face. Then the discovery invigorates his tastebuds once more and he savours the last bit of his treat.

And it looks funny on his round moonface.
Posted by John Bellen at 10:57 AM