The Time of Her Life

I worry about my cats, but most about Tungsten. She’s the most senior, and has the most prominent and chronic health issues. She has hyperthyroidism and incipient kidney troubles. She’s estimated to be fourteen and a half now, but I keep thinking she may be older.

In the last few weeks, the orange one has given me cause to make an appointment for her with the doctor this week. There is nothing definite that presents itself, but it seems to me that my household’s top-cat has aged more than she should have very recently. She spends more time sleeping, and when she’s not in her heated cat-bed, or on my lap, looks to be feeling the cold more. A year ago, I would try covering her with a towel while she lie snoozing, to give her added warmth, but she kept throwing it off, or lying on top of it. Now, she tolerates it much more, as if she needs it. 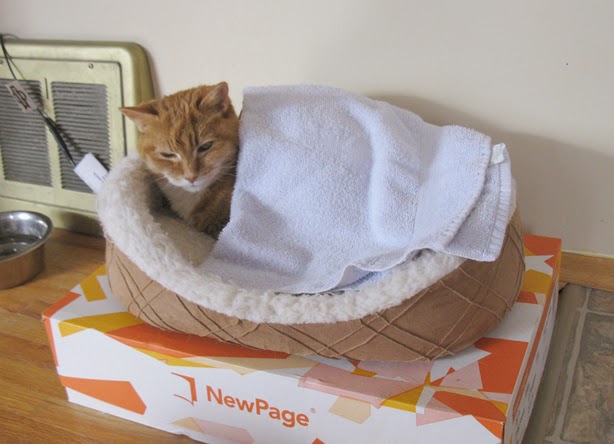 Tungsten has always had a stately pace, as befits the dignity of her position in her little kingdom. Now, however, it seems more deliberate. She still can jump on to the couch to find my lap, though frequently I lift her up. I give her water by syringe to supplement her own drinking, and when I place her on the floor afterward, she shakes her head, naturally. But the simple action throws her off balance.

My little friend feels thinner to me. She has been a slender animal for as long as I’ve known her. I suspect that she was the runt of her litter. But now I perceive her backbone as more prominent. I am useless at judging the weight of things just by holding them, so I can’t tell casually how much she weighs. I could borrow a set of scales, but I decided to take her to the veterinarian for an examination, and she can be weighed there. 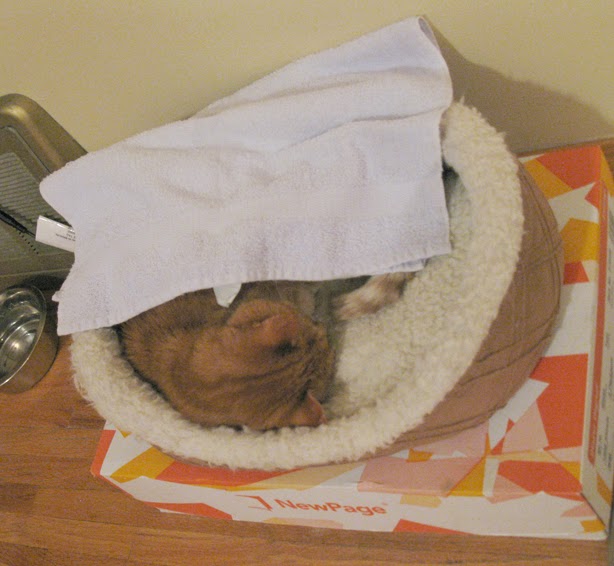 To be honest, I don’t think anything is seriously wrong with Tungsten, but I want to catch any problem before it reaches that stage. This is the time of her life when age does start to accelerate, I think, so I will abide by the hints I believe I’m getting and make sure that she is all right. I am buoyed by the fact that it was observed a few days ago that Tungsten does not have an old face, an old look to her, and buoyed also that her spirit, demeanour and attitudes remain unchanged. So if she - and I - have anything to do with it, Tungsten will stay with me for many a year yet. 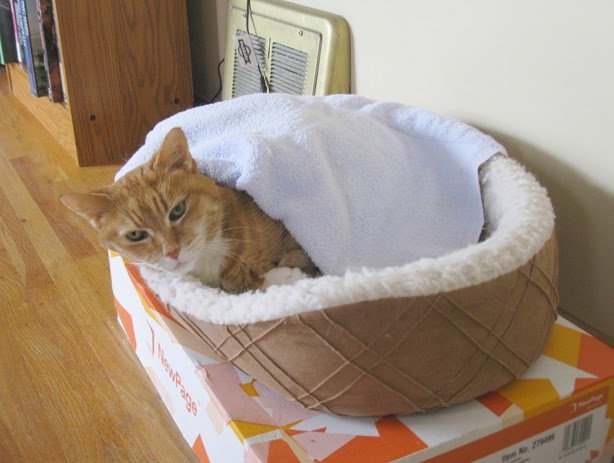