Even Princesses Knead Someone

Though everyone who reads this blog may be heartily sick of reading about Cammie, she features prominently simply by virtue of her continued changes. That’s not to claim that the others are stagnant little creatures who give me something to write about only when they are throwing up - well, they’re not just that… But Cammie’s progress as a trusting animal who is learning more and more about living with others is very interesting and, at times, astonishing. 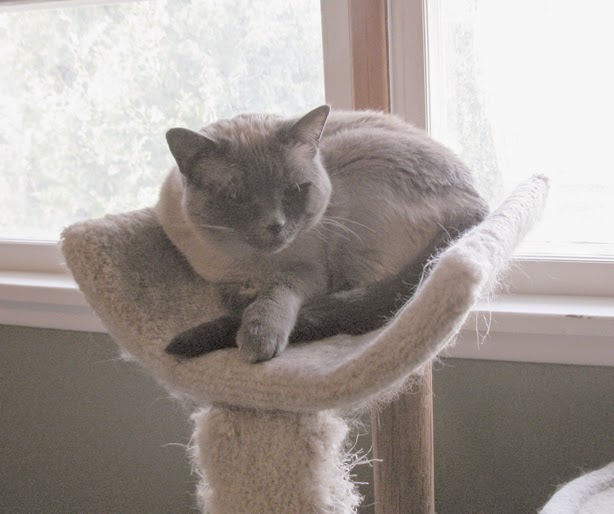 She has kneaded before, but it has always been a case of her merely flexing her paws while on my lap. I can feel her claws extrude and contract as she purrs. But last night, she did something she had not done before: she sat up and kneaded while shifting from one foot to the other. It is, admittedly, a small change, though I think it demonstrated a bit more openness in her feelings.

Whenever I sit at the dining table to write, I can be sure of my Siamese princess making an appearance and wanting on my lap. Just as Renn materializes  whenever I take a moment on the sitting room couch, so too Cammie teleports from wherever she may be to the floor at my feet when I sit down to write. Writing with one hand while petting or stroking a cat with the other is rather like that trick of patting the head while rubbing the stomach, though the latter is easier. 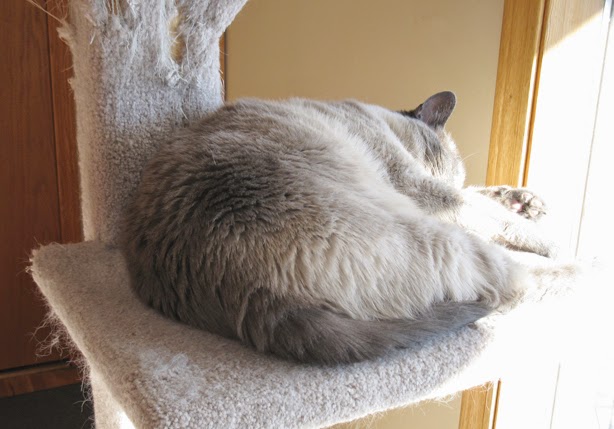 Something else has been happening. Though Tungsten still gets upset with Cammie following her too closely or rushing at her from around a corner or through the nylon tunnel (I can see the orange one’s point in this), I have observed Tungsten creeping close enough to the princess to sniff her. This has occurred thrice, so far as I know. Cammie is a bit unnerved by it but, unlike her reaction to Renn or Kola, she does not hiss or growl at Tungsten. She never has. She will hurry away, though it seems to me with more caution than fear. I am certain that in another decade, perhaps two, that pair will be able to tolerate each other. A bit.

Until then, Cammie will be her own, independent, individual self - only a little more so. 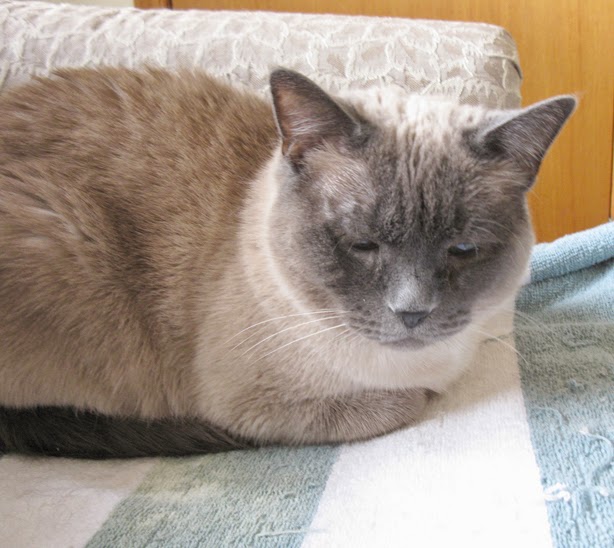