I have a new foster-cat. My home is kept as a kind of emergency shelter by the rescue-group I work with. Sometimes we have ‘returns’ (every cat-rescuer knows about those unfortunates) and, since they are unscheduled, so to speak, they have no where to go. But in Faber’s case, I have taken in a cat who clearly had a home and a loving family, but who found himself abandoned or lost. He was not doing well outside, and though he was being fed by a concerned person, he may not have lasted long in his neighbourhood. That person contacted the rescue-group. 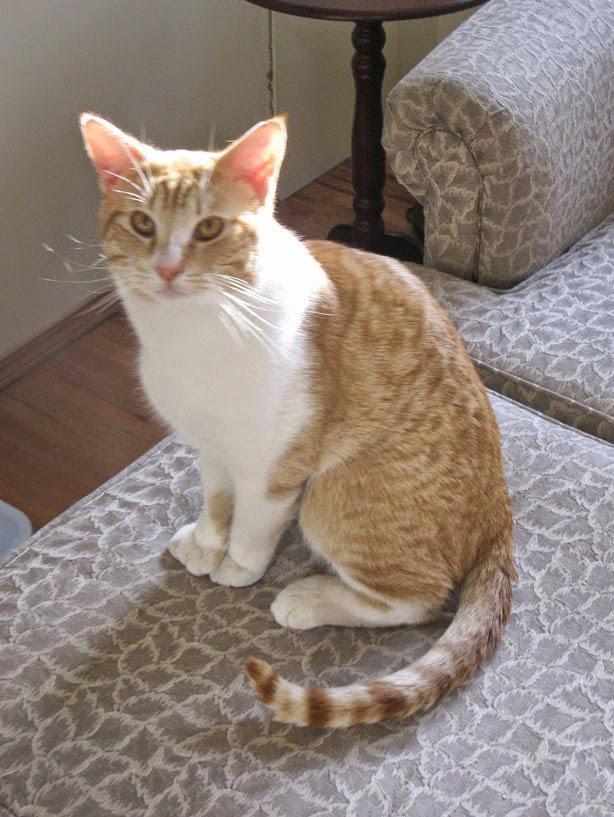 Faber is a lean, dense fellow, a couple of years old, I think. Orange and white, he has extra toes on each foot. And he is friendly. He loves having his face and head rubbed. He purrs very quietly while this is going on, and is not shy about stepping on to my lap if I am sitting next to him, or jumping up onto me if he’s on the floor. 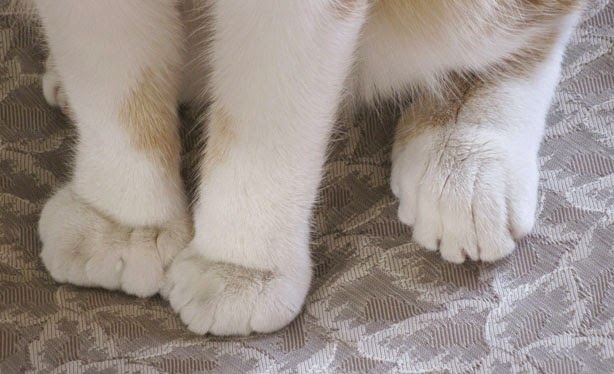 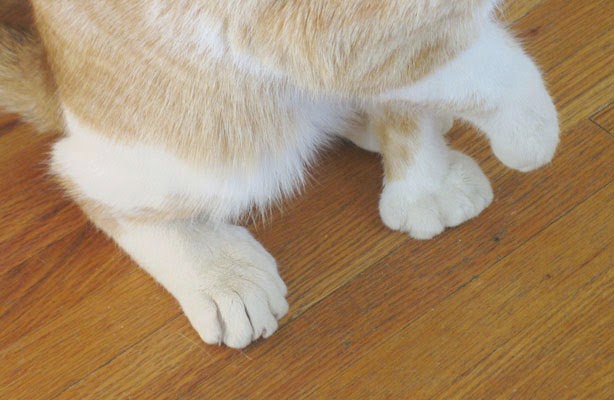 He is eating very well right now, though that may be because he was very recently in the ‘wild’ and learned to eat when he could, as much as he could. His spell as a homeless cat did not make him distrustful of people, however, and he is ready for attention. 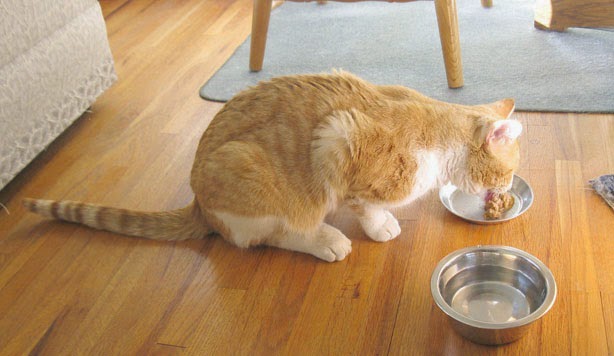 I have isolated him in my parlour for the time being, until we are sure he is free of respiratory problems or other contagions. He appears to be in good health. He was bored in the room until I introduced the little fuzzy mice, and then he had a fun time batting them around. I had to recover them from under furniture only eight times the first five minutes… 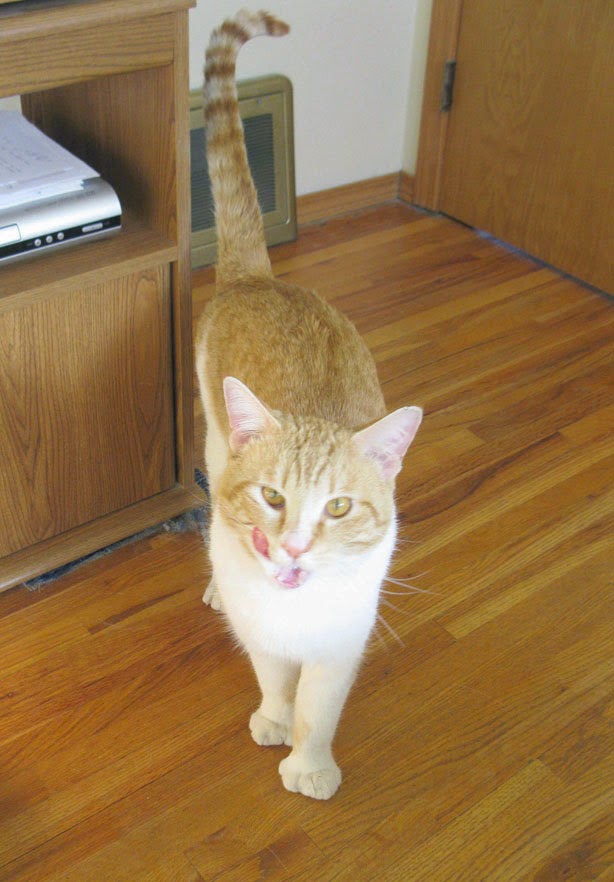 He is doing very well after his neutering surgery, and will be ready for adoption soon. I want some time to get to know him, though, so we can tell prospective adopters about this fellow. I will be introducing him, gradually, to my lot, starting, probably, with Josie and Renn, my easiest integrators. But I don’t see any reason why he can’t live in a multi-cat household. I guess he’ll let me know if there is one.
Posted by John Bellen at 7:45 AM