The rescue-group to which I belong, the Lethbridge PAW Society, held its annual garage sale last week. I volunteered for a few hours, which gives me the opportunity to scrutinise the items for sale. I noticed this article and decided to buy it. 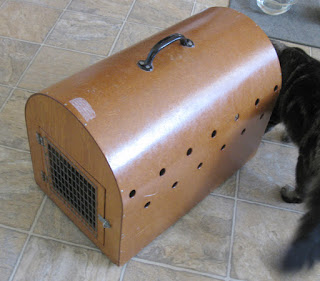 It’s a cat-carrier, and was, according to the explanation of the woman who donated it, hand-made, home-made, by her father, before cat-carriers were common. It is made of wood, varnished, and is not much heavier than the plastic carriers available these days. I think the fellow should have gone into making large numbers of them; he probably would have become rich. 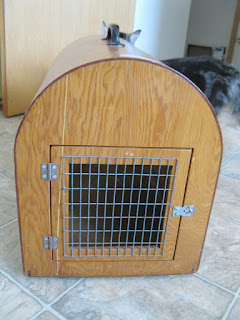 The front has a door with a heavy metal grid, something repeated on the window at the rear. The door may be locked by turning the little latch. 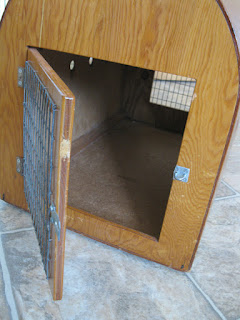 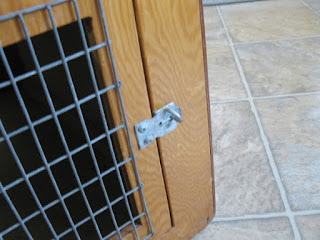 The only disadvantage to it is that the door is a little too small through which to pull a reluctant cat at the veterinary hospital. I suspect anyone reading this has had to perform that operation. But for transporting a cat to and from places at which he feels comfortable, or for stowing a cat out of harm’s way for a while, it is excellent. 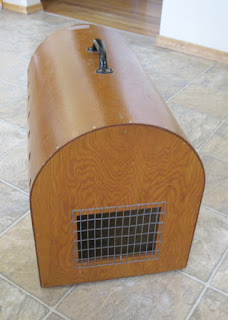 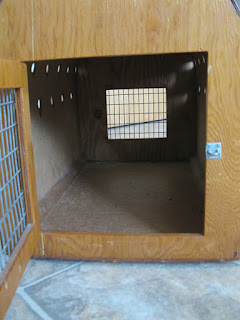 As well, I thought a well-crafted item such as this deserved to be preserved, and by a cat-fancier.
Posted by John Bellen at 2:01 PM