A Plan for Cammie


Not long ago, Cammie suffered an infection that produced ugly sores on either side of her head. These were defeated by a prescribed counterattack of steroids and anti-biotics. This was, however, just the latest – albeit the most severe – episode in a series of such appearances, and are probably due to an allergic reaction of some sort. Many cats are allergic to the food that they habitually eat. In Cammie’s case, that may be fish. 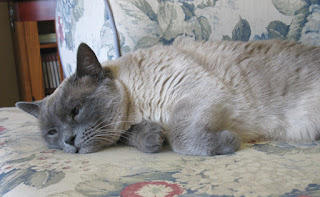 The plan that I have adopted is to wean her off fish in her diet. This is, as with everything related to cats, easier written than done. 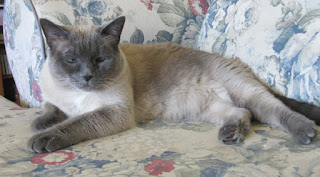 The Siamese princess is very particular about the soft-food that she consumes. She will eat nothing but Fancy Feast brand, and only a select number of flavours. These all contain fish. Her favourite varieties are overtly fish-based. She will eat a couple of others but not enthusiastically. Right now, I am serving her chicken flavour, which contains fish. That ingredient is far down on the list, and is a general ‘fish’, rather than a described species, so I will count chicken flavour Fancy Feast as less fishy than others. She does eat it. Perhaps it is the fish taste – however deeply hidden it may be – that appeals to her. But a reduced amount of fish is at least a first step. 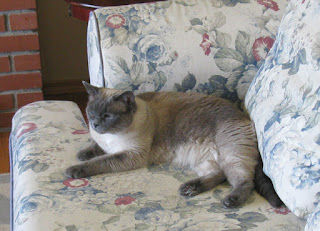 Cammie will eat nothing else in the way of soft-food. Fortunately, she does eat the hard-food I serve. It is Orijen brand, and the current flavour contains no fish. It is a very good food and gives her all the nutrients she requires. She need not eat any soft-food in regards to nutrition; I would still like her to have some, though, for the moisture content, and the variety. I think cats like soft-food. 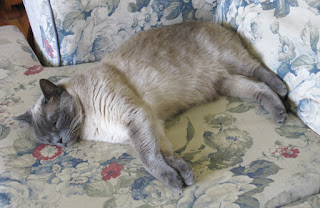 To show how exacting my latest perma-cat is when it comes to her menu, I give this illustration. Just this afternoon, I was preparing the portions for dinner. The new foster-cat, Noah, is at the stage where he will eat anything, so I am giving him the best food in the hopes of getting him addicted to it when he eventually becomes fussy. A portion of this food fell on Cammie’s dish. It was about a quarter the size of my smallest finger’s nail, and was off to the side. When presented with her meal, Cammie refused even to dip her nose to smell it. It was sent back to the kitchen (she disdained even to complain, such was the enormity of the culinary crime), the offending particle was removed and the dish placed before her again. This time, she ate. 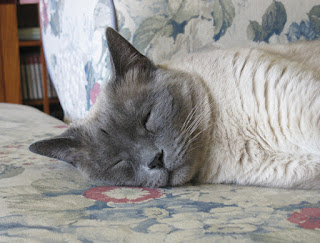 And so my search for something else that she enjoys continues. Every new brand, every new flavour is presented for her decision. It is always ‘nay’. I will keep trying, however, for some day I may hear a feline ‘yay’, and that will be worth everything that went before. 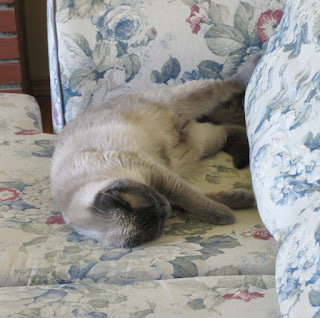