We had a bit of a heat-wave here last week. The temperature soared up to 37 degrees Celsius (98.6 Fahrenheit – at least we didn’t have a fever). This was a little foretaste of August, in June. Fortunately, the thermometers recorded rather more seasonal temperatures soon after.

For the time that it was here, however, the miniature heat-wave had the cats looking for any cool surface – except for Josie, who was content with the sitting room rug. Admittedly, it was probably just as cool as the floor, but even so, that’s Josie.

When the real heat of late summer arrives, the air conditioning may have to come on. Until then, though, the beasts will have to make do with an electric fan and as little movement as possible. They usually practise the latter tactic every day, anyway. 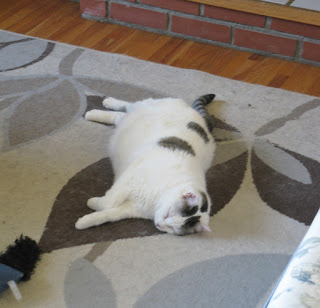 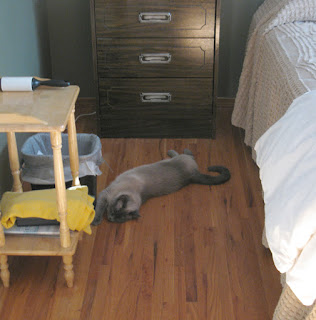 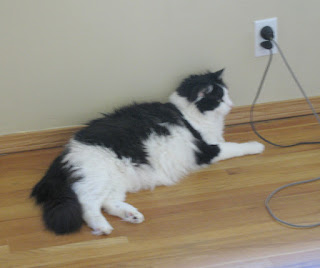 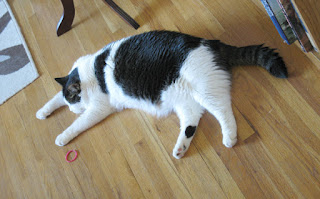 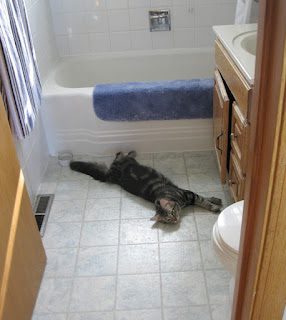 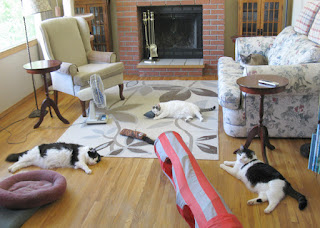