I Think I'm Allergic To Cats

Well, I may be allergic to Noah, at least. Soon after he arrived, I started suffering from the symptoms of a cold. I last had a cold more than a decade ago. And the symptoms I had this time were just the runny nose and watering eyes, no chills or fever or anything else that might have come from an actual virus. 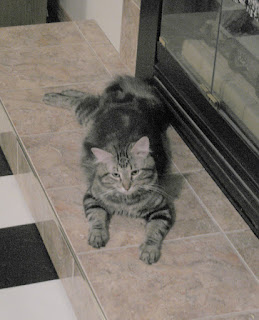 I took some cold medicine but it had a minimal effect. Allergy medicine to which I then resorted had a better result, though the reactions I’ve had have been diminishing with time anyway. They were a minor irritant throughout my holidays (but still much less of an irritant than working), and seemed to increase when I was in a small space with Noah. 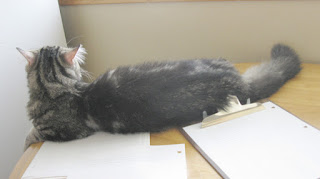 This is an interesting development, as I have not had allergies before, and have never been allergic to any animal. Furthermore, I think young cats are less likely to cause allergies than adults.

However, this also demonstrates that allergies can be tamed by time in some cases - and in this instance, a short time - and that cats need not always be eschewed or given up because of them. It’s true that this was a mild case but continued exposure to Noah accustomed my system to his fur, or whatever else may have been causing it trouble. 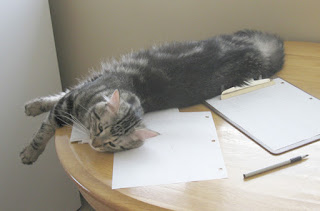