Renn, Up and Down, In and Out

Renn is making news at the Cosy Apartment this week.

Firstly, he joined Josie and Tucker in the explorers’ club. He, like they, decided to see what was beyond the apartment’s front door. The interesting thing about my big boy and his curiosity is that he is less ambulatory than the other two. He will stay more in one spot, and be satisfied to examine his surroundings from there. He uses that large nose of his extensively. The other cats certainly sniff their way about a new environment, but Renn appears to rely on it more. I have long been convinced that he either is able to take in more with his prominent proboscis than others can, or he simply prefers its findings.

He did move about, but he remained rooted to a few spots over a long period of time; the slightest noise from the far end of the corridor caused him to be wary - and content with staying put. Despite his size, Renn is not overly courageous.

Secondly, and more seriously, he was under the weather yesterday. He didn’t eat, or drink, the whole day, so far as I can determine. He eats very little soft-food as it is, but he was uninterested in hard-food, or even water. He lie in one place in the library, and I could tell he was out of sorts, aside from his appetite.

I am pleased to write that this morning, he seemed more his old self. In fact, he ate more than his wont at breakfast; probably hungry from yesterday’s fast. I hope it all stayed down while I’ve been at work - I am pretty sure it will - and that some of that hunger will continue for dinner tonight. It’s always worrisome when one of the beasts doesn’t eat, and I try to be vigilant, especially coming off Josie’s recent scare.

But I am confident my big boy will be well, and maybe this weekend, even indulge in a little more exploration. 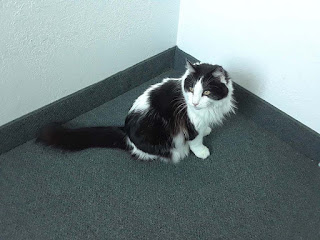 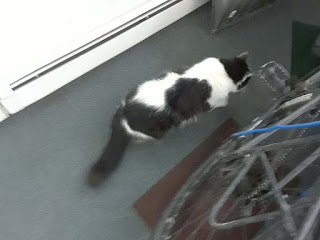 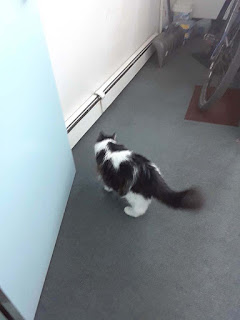 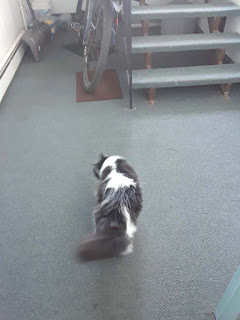 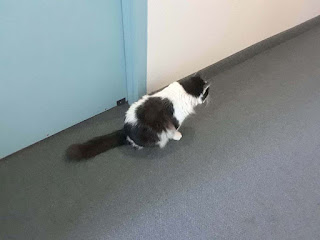 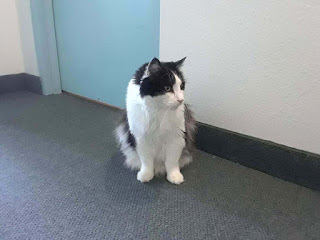