Tucker and the Felons

Tucker is a little better today. It is difficult to tell from the sounds he makes, but he ate something, and his behaviour demonstrates that he has improved a small amount. I am grateful for all the kind thoughts and words that were directed to my roly poly. They are working. 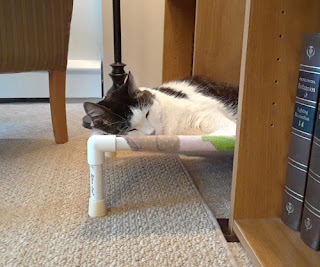 As for the Felons in their prison, they are becoming a bit restless. Whenever the bathroom door is open, Oleo tries to make a break for freedom, though he is unsure what to do once he crosses the threshold. They are climbing more, and I have had to store the bathmat elsewhere than draped over the bathtub’s edge: Bisto was using it to claw his way upward. I intend to let them out on a day-pass during the weekend. I can’t have them interacting with the perma-cats yet, not with Tucker’s cold, but, under my supervision, they may have an hour or two in the bedroom.

In the meantime, here are some of the several hundred photographs I have taken of them. These are from several days ago, but the little villains haven’t lost any of their appeal in the interval. 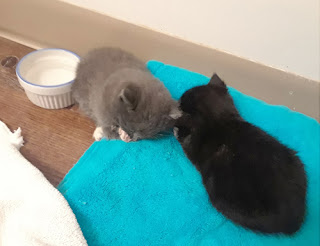 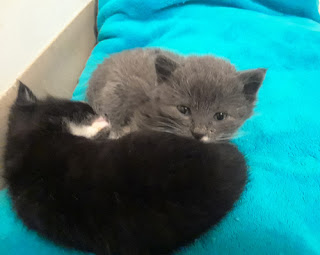 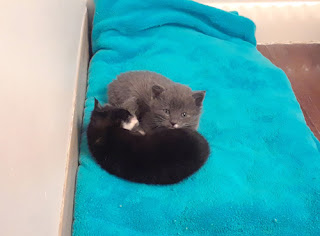 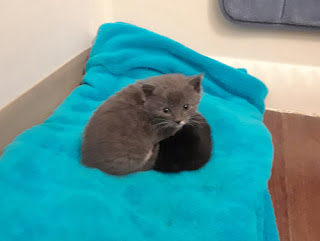 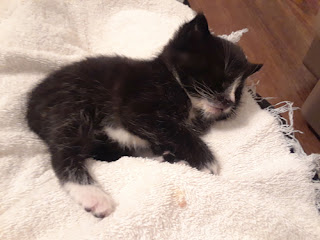