It’s been almost a month since I reported on Bear-Bear’s condition. Then, it was improving. That has, alas, not continued. His ‘numbers’ have diminished. Four weeks ago, his red blood cell number was 28. I don’t know exactly what that represents, but the higher it went, the better. Last week, the BB’s test showed his number to be a mere 19. 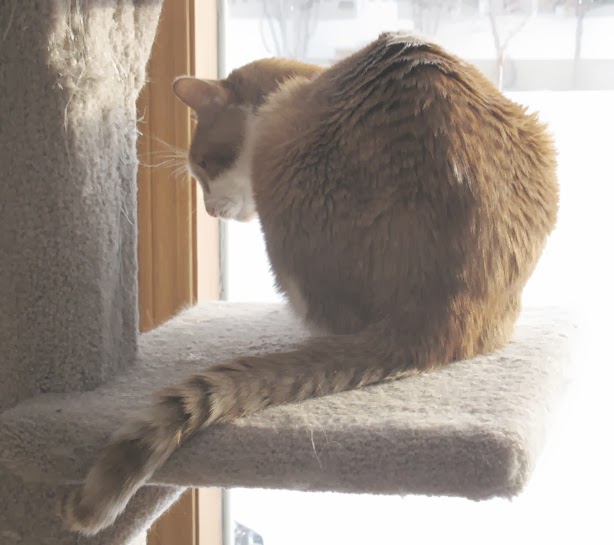 My long foster-cat is deteriorating, I think. He eats less than he used; that was a bright spot. He would be enthusiastic for his soft-food. Then his excitement for meals waned, except for breakfast. This morning, he didn’t rouse himself from his cat-bed for that. I hope to re-kindle his appetite tonight, as the food that I gave him during the weekend was a new brand in our household: Merrick. Bear-Bear very much enjoyed the turkey flavour, but as I fed it to the other beasts to see if they would like it as well (most did), I rapidly ran out of it, and the next day featured Merrick chicken. The BB didn’t care for it as much as the turkey. I hope that is the case, though it may be that the initial favour was granted to a novelty, and not to the food itself. I plan to buy more, as well as the tuna flavour, today.

I suspect that he is eating hard-food, which is available in two varieties throughout the day and night. His poop is in too great a quantity each time he visits the litter-box for him to be subsisting on the soft-food alone. But his air-ways are easily clogged, the result of an interminable upper respiratory infection, and when this worsens, he doesn’t eat. That’s understandable. The same infection makes his nose run and the mucous dries it out and cracks it. The veterinarian prescribed some new medicine for this condition, and suggested that I apply warm compresses to Bear-Bear’s nose gently to wipe away the refuse. I am minimally successful at that. 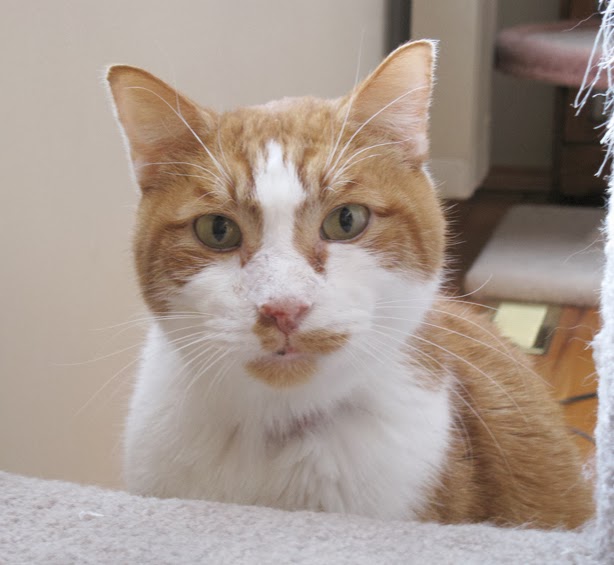 Bear-Bear is getting weaker. His red blood cells are certainly becoming fewer and farther between. I fear my friend may not stay with me for long. But as long as he is not in much discomfort, as long as he purrs, as long as he still enjoys snuggling on my lap, he will be a part of the household. It’s been a long time since I've had three cats, and I’m not ready to have just five.