While Tucker has been undergoing his most recent tribulations, the results of the creatine test on Tungsten have come back. Though not discouraging, they are not quite the opposite, either.

My orange one is on the verge of having kidney troubles. Her ‘numbers’ stand at 2.0. If they rise any higher, then steps will have to be taken to combat kidney failure, I understand. Certainly, kidneys that are not doing their duty does not mean the end of a cat. I will do all that is necessary to keep Tungsten alive and comfortable, though at the moment, I know only that I will have to give her sub-cutaneous fluids, if her organs are not working. I suspect that there will be more medicine to give her. 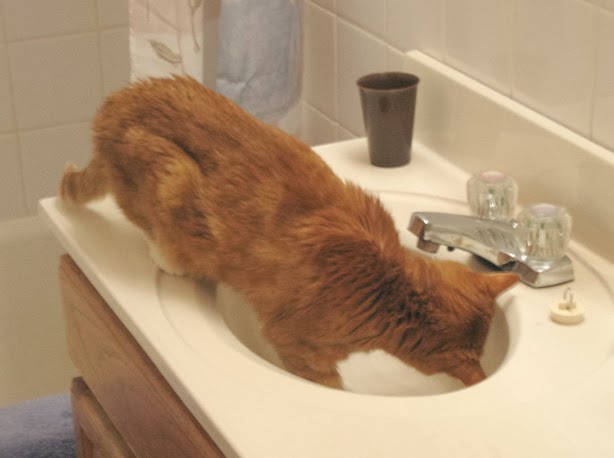 She is drinking more water these days. I had always urged her to drink more, and now that she is following my wishes, I want it not to be necessary. I turn on the bathroom basin’s tap for her whenever she asks, and I know that she is drinking from the little bowl I leave there during my absences. She refuses to drink from it so long as I am present to cater to her desires. 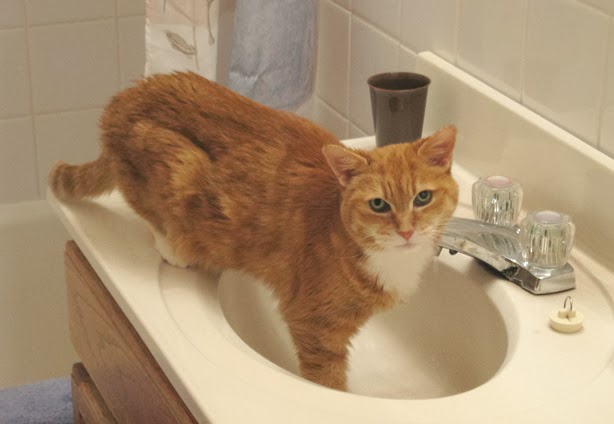 Tungsten is growing old. She will be, by estimate, fourteen this year. I realise that there are many good years ahead of a fourteen year old cat, even one with renal problems, but I recall the seven year old I adopted. She could leap straight up five feet to land on a bookcase, and was continually jumping onto the micro-wave oven from near by surfaces. And not so long ago, she was easily cresting the refrigerator, to stand like a tiny tigress. 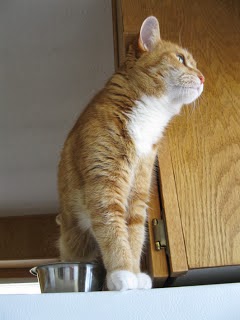 These days, though, she spends most of her time curled up in her heated cat-bed, though she still likes to join me many nights in my own heated bed. She doesn’t play anymore, though that may simply be disdain for a childish activity. But she loves being rubbed; I rub her ribs fast and hard, too hard for a ‘senior’ cat, one would think, but she loves it, gripping the sides of her cat-bed and putting her head back. She also loves having her minuscule head enveloped by my hand and rubbed as quickly as possible. Tungsten remains, despite her changes, as fascinating and frustrating as ever. 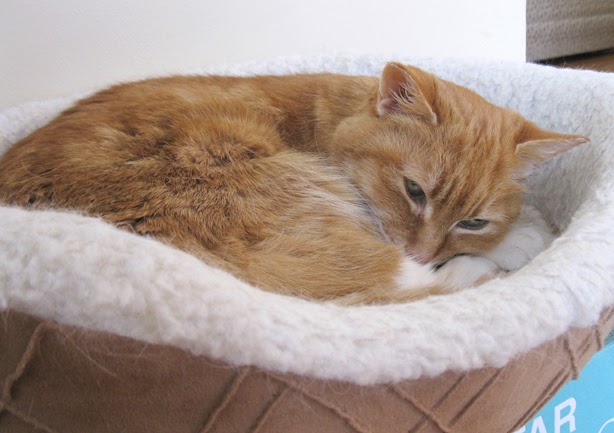