The storm windows are off at last and the screens are on. It’s been quite chilly at night, still, and even during some days. But now the temperatures are becoming a bit more reasonable, though it feels only as if it were early April yet. But some days have been pleasant, and one of them on a weekend was enough for me to free the windows.

The cats of course like this development. Tucker and Renn are the most excited by it. I have taken Cammie’s old cat-tree from the parlour and brought it to the bedroom. I believed its two platforms were either too high or too low for proper viewing out the windows, so I exchanged it for one from the bedroom. I have kept it, though, and placed it beside a second bedroom cat-tree, thinking that the beasts will have at least one perch in that room from which to look out.

But, once again, my cats have surprised me. My roly poly one actually likes the height of Cammie’s perch. Perhaps he enjoys the fact that he can lie at full length and hang his head down into the open window; no effort required. In any case, Tucker has found a new fun place from which to watch the wide world. 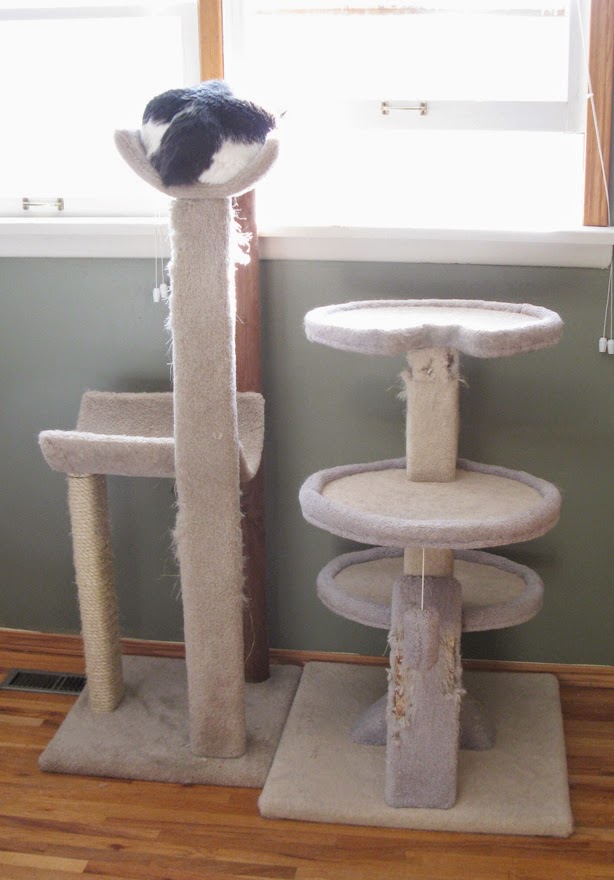 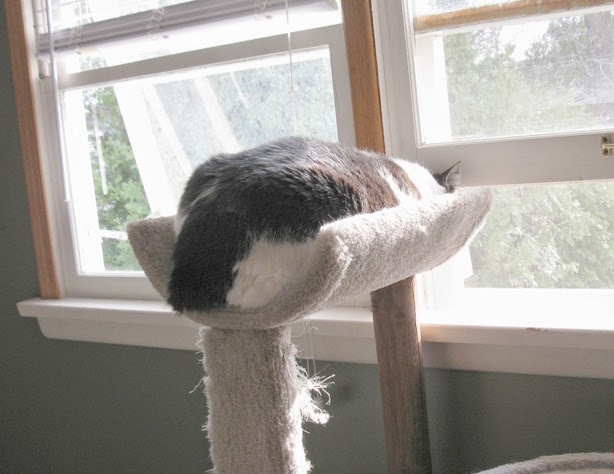 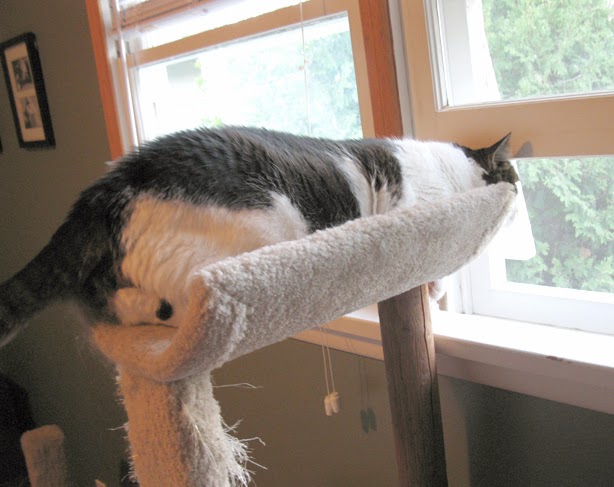 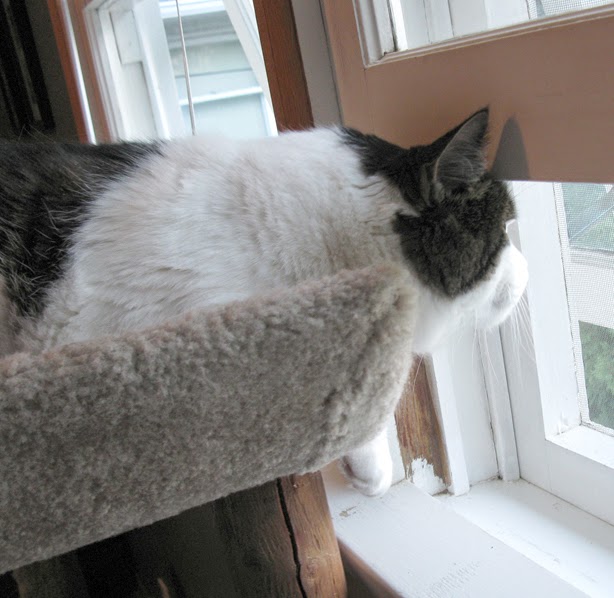 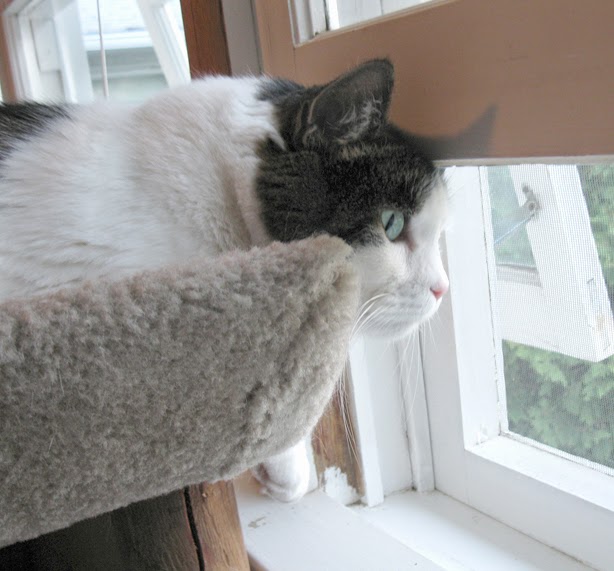