The cats at my house have many toys, most of which disappear over time. Sometimes I find the survivors under the couch, but others simply vanish. That’s neither here nor there. Especially when they vanish. Anyway, there are some toys that the cats like more than others, though they are not always enjoyed as toys.

Some time ago, I was generously given two Kick-a-roos. They are both used - or abused, depending on one’s point of view - and the little sacks get a rough treatment on a continuing basis. But for some reason, one of them, a denim-covered object, is favoured more than the other. It is not treated as a plaything all the time, however. Now and then, it is simply a comfort to the cats.

Tucker likes snuggling with the denim Kick-a-roo. He will lie on it, seize it and rub all over his fuzzy face. It may be that there is some cat-nip in the toy, and that the material makes the substance more attractive than in the other Kick-a-roo. But not all the cats act toward it the same way. 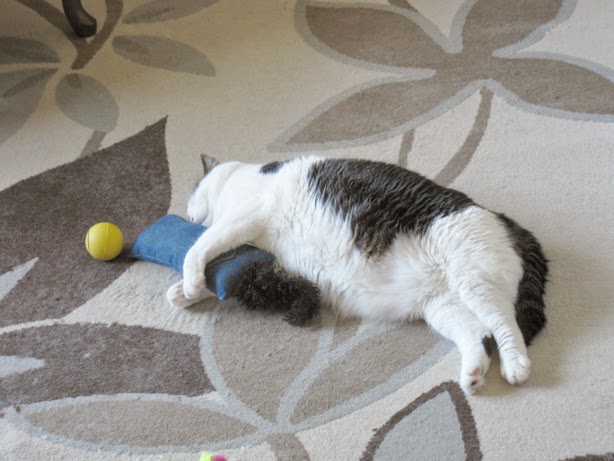 Most just like to sit near it. Josie enjoys lying beside it, sometimes draping a paw over it, and holding it as though it were the feline equivalent of Linus van Pelt’s security blanket. And she doesn’t care if I catch her doing it, either. 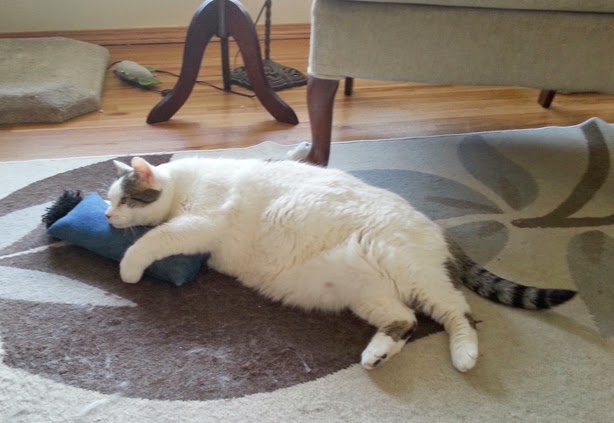 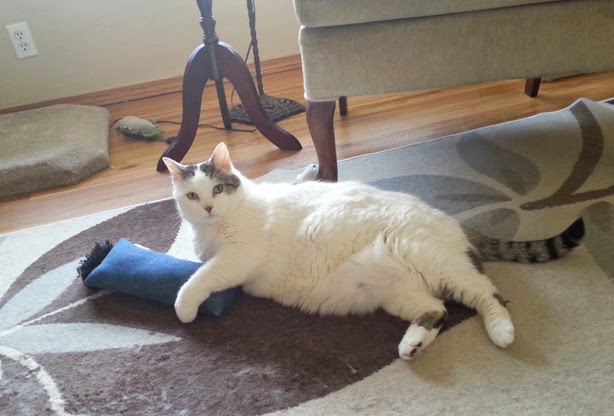 The new boy, Kola, evidently likes the feel of it. He will rest his head on it periodically. Then again, he may use it as a kind of barricade, in case the others plan a sneak attack. 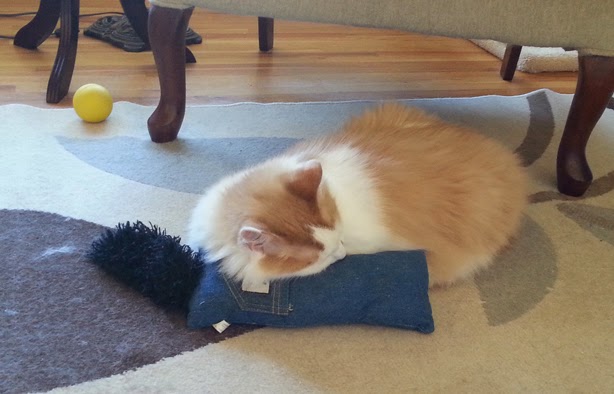 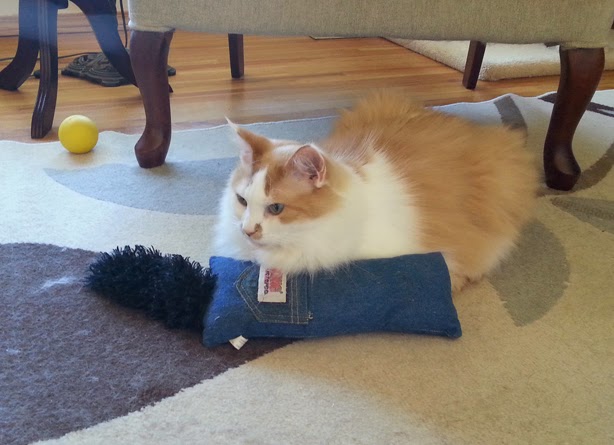 Even Tungsten is not immune to the toy’s charm. The orange one barely touches it, but can sometimes be found crouching on the carpet beside the Kick-a-roo, in quiet contemplation. 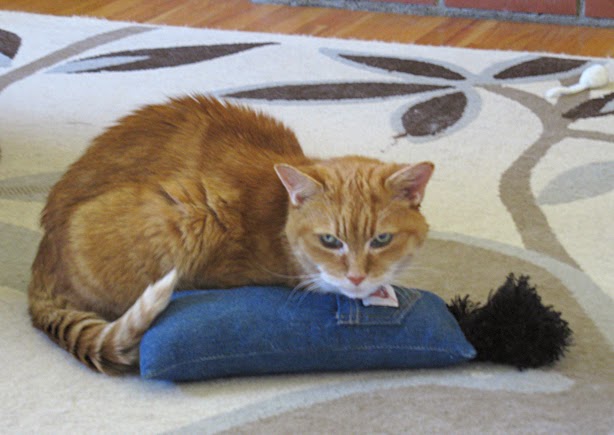 There are many diversions available for my beasts. I leave them scattered about for their amusement if they feel so inclined. Most are ignored but once in a while, one is exalted in their eyes. For now, it’s the denim-covered Kick-a-roo. Next week, the stopper from my bathtub, perhaps…?
Posted by John Bellen at 1:18 PM