What's Black and White and Red Here and There?

The colour of cats is interesting, because it is not always what it seems. I once saw two cats lying next to each other on a bed. To look at them in average light, one would have thought that they were a pair whose black fur was of identical hue. After all, how many differences can there be in black? However, when I saw these two on the bed, the sun was shining through a window directly onto them. It showed that one’s black fur was tinged with blue, the other with red.

Renn too has a tinge to the black in his fur. It’s red. Lately, I’ve noticed that the red is becoming more prominent. Alterations in his coat are not new. When I first took him in, he had a tuft of grey hair behind each ear. Not only were they a different colour than the rest of his fur, but they were of a different texture. Considering his personality, it was fitting that he had a touch of the wild-haired professor. Strangely, these tufts have come and gone over the years.

Now, the red lustre to his black hair is more noticeable, especially, of course, in direct light. The first picture displays his fur as is normally seen. Even in this photograph, the red is more clearly visible than was once the case. In the second photo, I cheated and used a flash to highlight (literally) the colour. 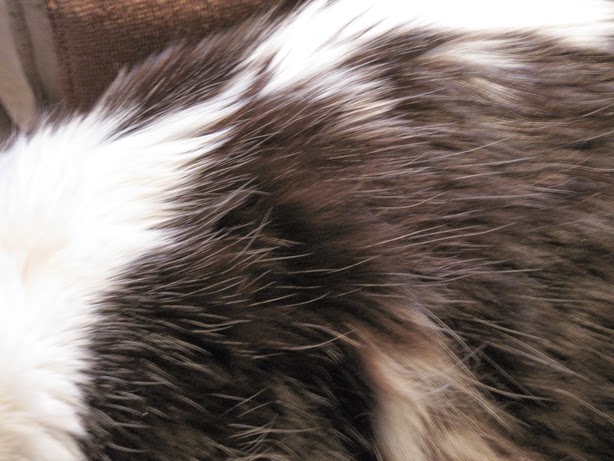 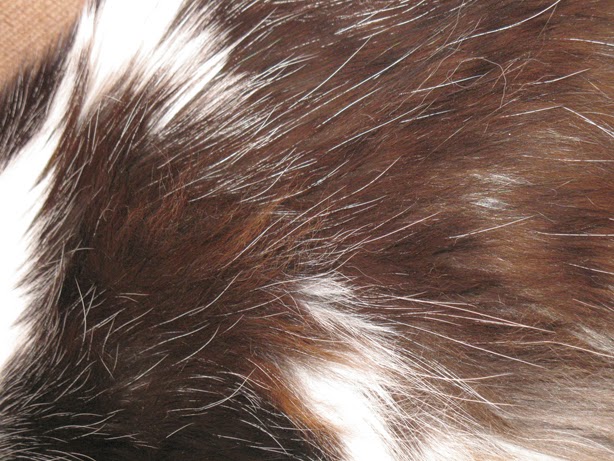 My cats change. Their tastes in food change, their sleeping habits change, how they express their emotions changes. Do we change so much? The feline life-span is a quarter of ours, so do similar changes in humans take four times as long, and thus are less noticeable? Others may perceive the changes in us long before we do - or long before we admit to perceiving them. Hair colour spontaneously changes in humans rarely, except for the grey and white which come with age. Children who are blond sometimes become brunettes  - or vice versa - with the passage of time. More often, it takes a dye’s help to switch descriptions. Apparently not so in cats.

Red has long been associated with revolution and rebellion. Personally, I would not have expected so ‘radical’ a change in my big boy. Perhaps politics will become his next field of study. 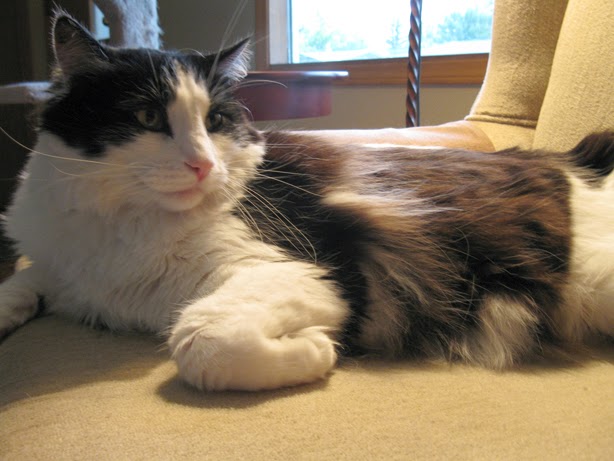