As you may know if you’ve read these articles in the past, Renn is my resident scientist. He won’t discover the cure for the common cold (and if he did, he probably couldn’t communicate it to me, a most frustrating situation) or devise a better means of space travel, but he has his own fields of study nonetheless. His specialty is water, though he has shown more than passing interest in the topography of linoleum. He is always observing. 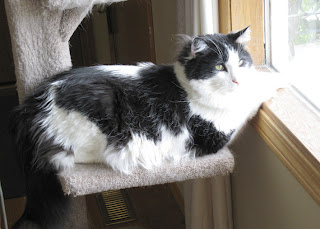 But he is not just a thinker. He applies those principles which have occupied his mind. It took him but a short time to determine how best to bring down the toys that hang from a string and bounce up and down to his touch. He simply grabs the soft toy with a claw, holds it down, thus drawing the string taut, and then chews through the string. It takes him some time to do it, and is usually done over a period of days or weeks, since this renaissance cat is often intrigued by something new while dealing with an ongoing problem. 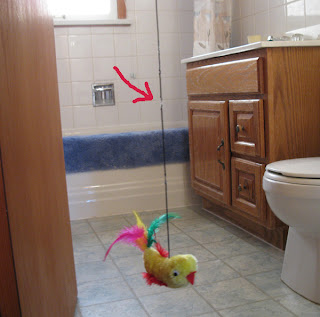 But eventually the task is completed and the toy is brought low through his ingenuity. The green toy in the picture is the result of an earlier successful endeavour. Unfortunately, that normally spells the end of Renn’s fascination with the toy. His interest is in the science of the problem, and his fun ends when the problem is solved. 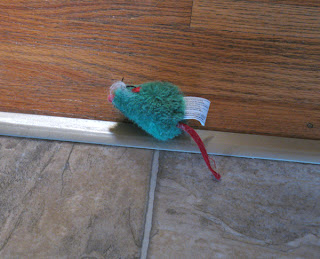 But that’s my big boy, always thinking, always wondering. Where do birds go when they fly past the window? Why is the floor uneven? Why does water sparkle when it moves? Why did the human stop rubbing my chest after only half an hour? These are the questions that occupy Renn’s fertile brain. They are the product of a cat who sees the world a little differently than others. 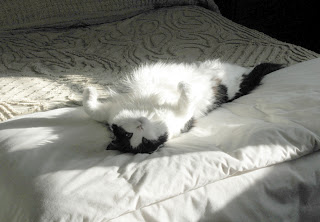