Renn is an entertaining fellow even when he is still. How he sits and lies is different than my other cats, and he doesn’t much care about how he’s perceived. The two photos immediately below show him rather intense in his observations. I’ve mentioned before that he enjoys watching things. He studies animals, objects, people, learning how they move and act. This requires concentration. 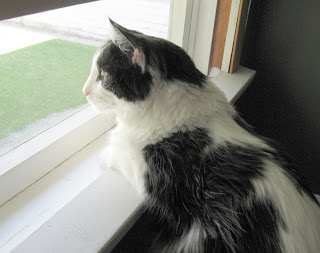 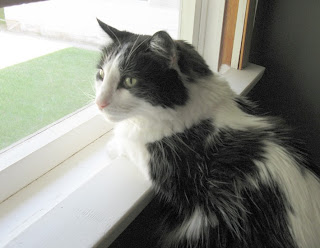 But much of my big boy’s time is spent in relaxation. The top of the tallest cat-tree is a favourite resort of his. There, he can flop himself down regardless of opinion. 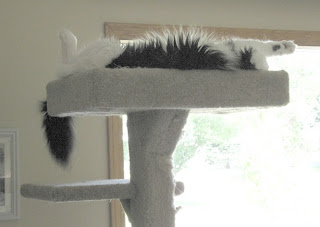 This does not mean that he doesn’t act similarly where he may be seen. Renn is a contortionist of sorts and, though I find it hard to credit that these postures are comfortable, indeed, not painful, he nonetheless appears to find them most enjoyable. 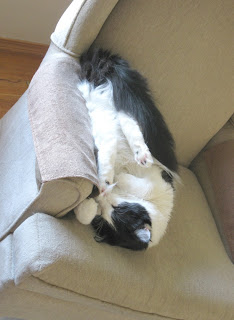 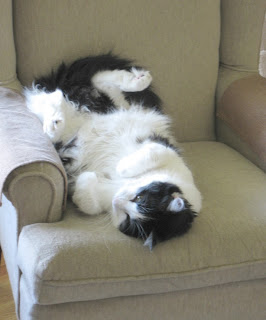 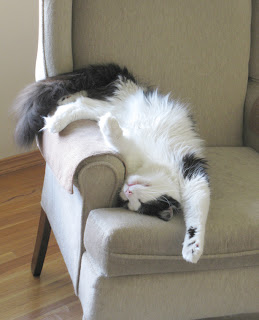 I’ve published pictures of Renn and Tungsten lying together in the armchair. The first two are typical of their positions. The last one is when my big boy’s contortionist tendencies get the better of him. Tungsten looks to be discomfited but still indulgent of her friend’s habits. 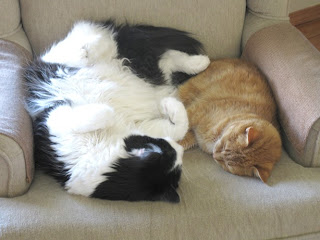 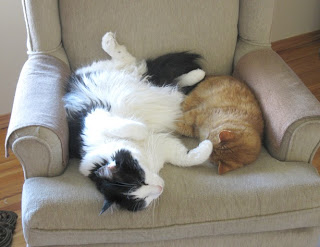 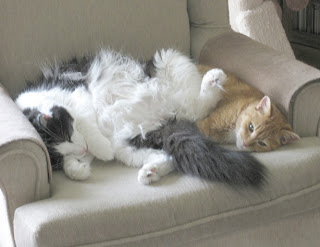 The drawer in the micro-wave oven stand has always exercised a mild fascination for the cats. It is a junk drawer, and, between the times at which I clear it out, the beasts like to dig for treasure in its collections. Periodically, they will lie down in it. Renn is the first to sleep in it. He may seem rather too large for its confines, but I learned long ago that cats like a constricting space. Why, I don’t know. 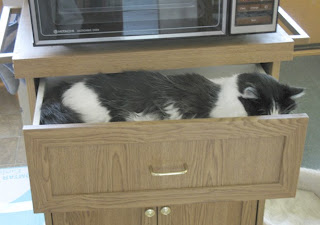 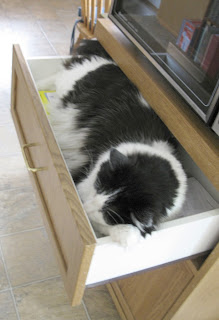 We find our pets an endless source of amusement. They are always providing us with entertainment and fun, and, sharing my house with roommates such as Renn, it’s little wonder that I don’t need television.
Posted by John Bellen at 10:45 AM